Enjoy a weekend celebration of food and music at the Tampa Bay Seafood and Music Festival, which will be held April 21-22 from 11am-8pm at Curtis Hixon Waterfront Park. Menu items are freshly-cooked onsite by top local restaurants and food purveyors. All seafood dishes use indigenous and sustainable resources from Florida’s coastal waters. Vendors will be stationed throughout the park showcasing arts and crafts along with a selection of fine products, gourmet food and specialty items. There will also be plenty of music for everyone from rock, soul and R&B to jazz and Caribbean sounds. General admission tickets are $7 at the gate or $5 in advance and children 12 and under free. VIP tent admission is $130. Curtis Hixon Waterfront Park – 600 N Ashley Dr.

The Tampa Bay Blues Festival is coming to St. Petersburg’s Vinoy Waterfront Park for its 23rd consecutive year! Join rock, soul, jazz and general music lovers this weekend for a rockin’ good time at one of the nation’s biggest and most popular blues festivals due to its variety of grammy nominated and awarded artist lineup.! Friday and Saturday events start at 12:30pm while Sunday events start at 1pm. Vinoy Park – 701 Bay Shore Dr NE

First Annual South of Southern Festival
Head out to Curtis Hixon Waterfront Park for the first annual South of Southern Festival. This festival will showcase the area’s most influential individuals in music, art, and culture. This festival will celebrate life in the tropics while shining a spotlight on some of the Bay area’s talented artists. There will be live music all day, visual art installations and culinary expressions that are inspired and created right here in Tampa Bay. General admission tickets cost $10 and can be picked up at the box office on AShley Drive. Active or retired military of any branch as well as first responders will have free entry. Event is from 11am-11pm. Curtis Hixon Waterfront Park – 600 N. Ashley Dr

Shrimp and Crayfish Festival
Head out to the Shrimp and Crayfish Festival and feast on southern favorites like shrimp and crawfish as well as hotdogs and burgers while enjoying live music by Lucky Penny. There will also be a dunk tank, bounce house, face painting, balloon art and even some appearances by Buccaneers and Lightning players to entertain the children. Tickets are $50 in advance, $60 day of or for those who are between 13-20 tickets are $25 in advance, $30 the day of and those who are 12 and younger get in for $15. All proceeds benefits the Florida Cancer Specialists Foundation. Tampa Cancer Center – 3402 W Dr. Martin Luther King Jr. Blvd 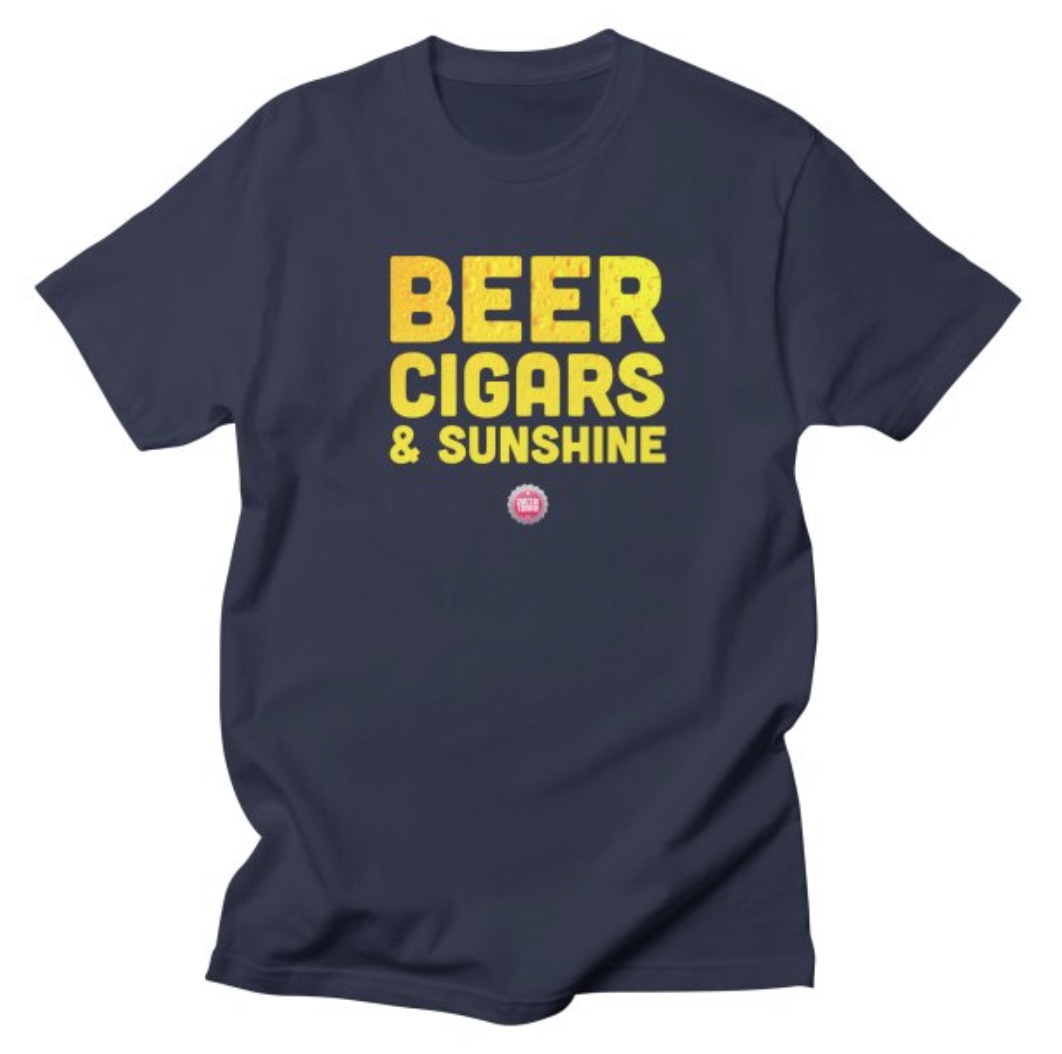 Celebrate National Beer Day with appropriate swag like this shirt that you can get here.

Be sure to use the #sotampa for your photo to be featured!