On March 23, City Council approved plans for a 30,000 sq. ft. dog park and bar concept in Seminole Heights at 4211 North Nebraska Avenue. A second hearing is set for later in the spring to finalize plans and a construction timeline. 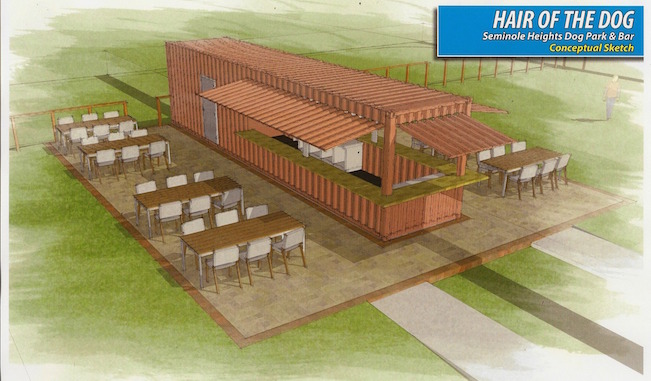 Named Hair of the Dog, the concept will allow pet owners in the neighborhood to unwind with a local craft beer while their pup galavants off-leash in a spacious park. Todd Goldfarb has worked exhaustively on plans for the park for nearly two years. The park would have similar membership fees and requirements as Dog Bar does in the Grand Central District of St. Petersburg. 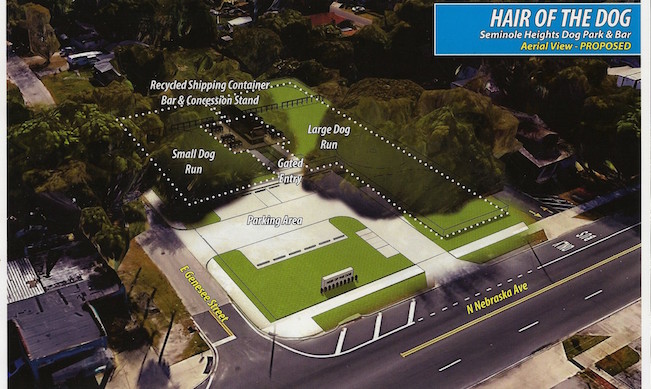 Tampa consistently ranks as one of the top pet-friendly cities in the country. Most restaurants downtown and around the greater Tampa area feature dog-friendly outdoor seating. Many of the local breweries allow you to unwind with your pet while you sample the latest Tampa-inspired craft beer. Spots like Square 1 even offer a menu just for dogs. 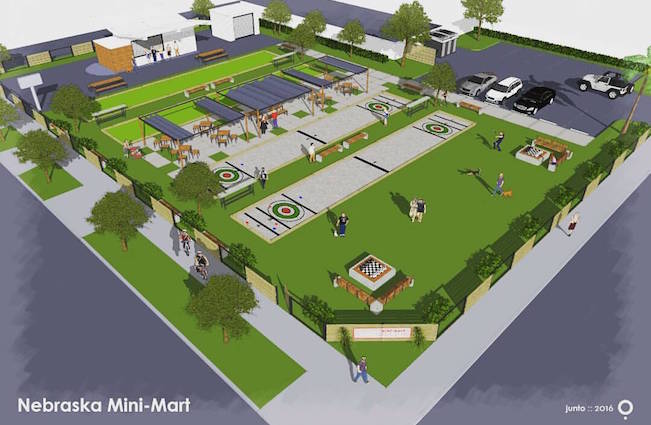 The park/bar’s imminent approval continues the development renaissance in Seminole Heights. This past week, Rooster and the Till owner and James Beard Award-nominated chef Ferrell Alvarez revealed several renderings for his forthcoming Nebraska Mini Mart concept, which will comprise 1.3 acres at 4815 North Nebraska Avenue.

This news also follows the recent call to artists for the painted intersection project in South Seminole Heights. You can learn more about the Hair of the Dog by following them on Facebook.