Comedy Radar: Stand-Up Shows You Need to See in 2017

The Tampa Bay area attracts its fair share of comedy icons. Patton Oswalt, Chris Hardwick, Joel McHale, David Cross and Amy Schumer have all brought their standup routines to our downtown area. The Oddball Comedy Fest, which has become an annual fixture at the Florida State Fairgrounds, draws some of the hottest names in comedy to our city, including Aziz Ansari, Bill Burr and Hannibal Buress.

2017 will be another banner year for the standup surge. Here’s a look at several major comedy shows coming to Tampa Bay this year you won’t want to miss:

Jim Breuer at The Palladium – March 3

Tampa Bay native stand-up comedian Jim Breuer returns to The Palladium in St. Pete on March 3. Breuer’s acclaim on the stand-up scene was cemented when he was named one of Comedy Central’s 100 greatest stand-ups of all time. Tickets for the events range from $28-$35.

Nick DiPaolo is a comedian known for his brutal honesty. His signature voice landed him roles on Horace & Pete, Inside Amy Schumer, The Sopranos and Louie. The comic has performed on The Tonight Show, Late Night with David Letterman, Jimmy Kimmel Live and other late night shows. He performs at Side Splitters Comedy Club March 9-11. Reserve tickets on Side Splitter’s website.

Aries Spears is a comedic force. The stand-up gained national recognition when he joined the Mad TV cast on Fox. His impressions of Mike Tyson, Shaquille O’Neal, Evander Holyfield and others made him a household name. He performs at the Tampa Improv March 9-12. Visit the Tampa Improv’s website for tickets.

The Grammy- and Emmy-award winning comedian/actor/writer/director, Chris Rock, makes his long awaited return to standup in 2017. Total Blackout: The Tour heads to the Straz Center April 14 and 15. Tickets start at $49.50.

Ron White at The Mahaffey – April 28

The cigar-smoking, scotch-drinking comedian Ron White brings his Texas wit to The Mahaffey Theater in St. Pete on April 28. White was a founding member of Comedy Central’s Blue Collar Comedy group. He has two Grammy nominations, a gold record and three of the top rated one-hour TV specials in Comedy Central history. Tickets range from $47.75-$57.75.

Trevor Noah, host of Comedy Central’s The Daly Show, makes a stop in Clearwater on June 2 for an evening of stand-up comedy. Long before replacing Jon Stewart as the host of The Daily Show, Noah was an accomplished comic. He became the first South African stand-up comedian to appear on both the Tonight Show with Jay Leno and The Late Show with David Letterman. Last year, he published the New York Times bestseller, Born a Crime: Stories from a South African Childhood. Tickets to the event run between $43.25-$125.

Grammy-nominated comedian and New York Times bestselling author, Jim Gaffifgan, is headed to Amalie Arena on December 31. The comedy juggernaut recently wrapped the first season of The Jim Gaffigan Show and has several stand-up specials you can view now on Netflix. Tickets start at $32 and go on sale March 3 at 10am. 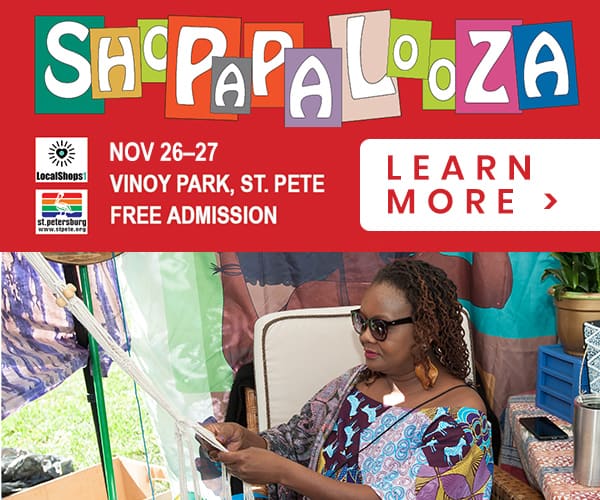