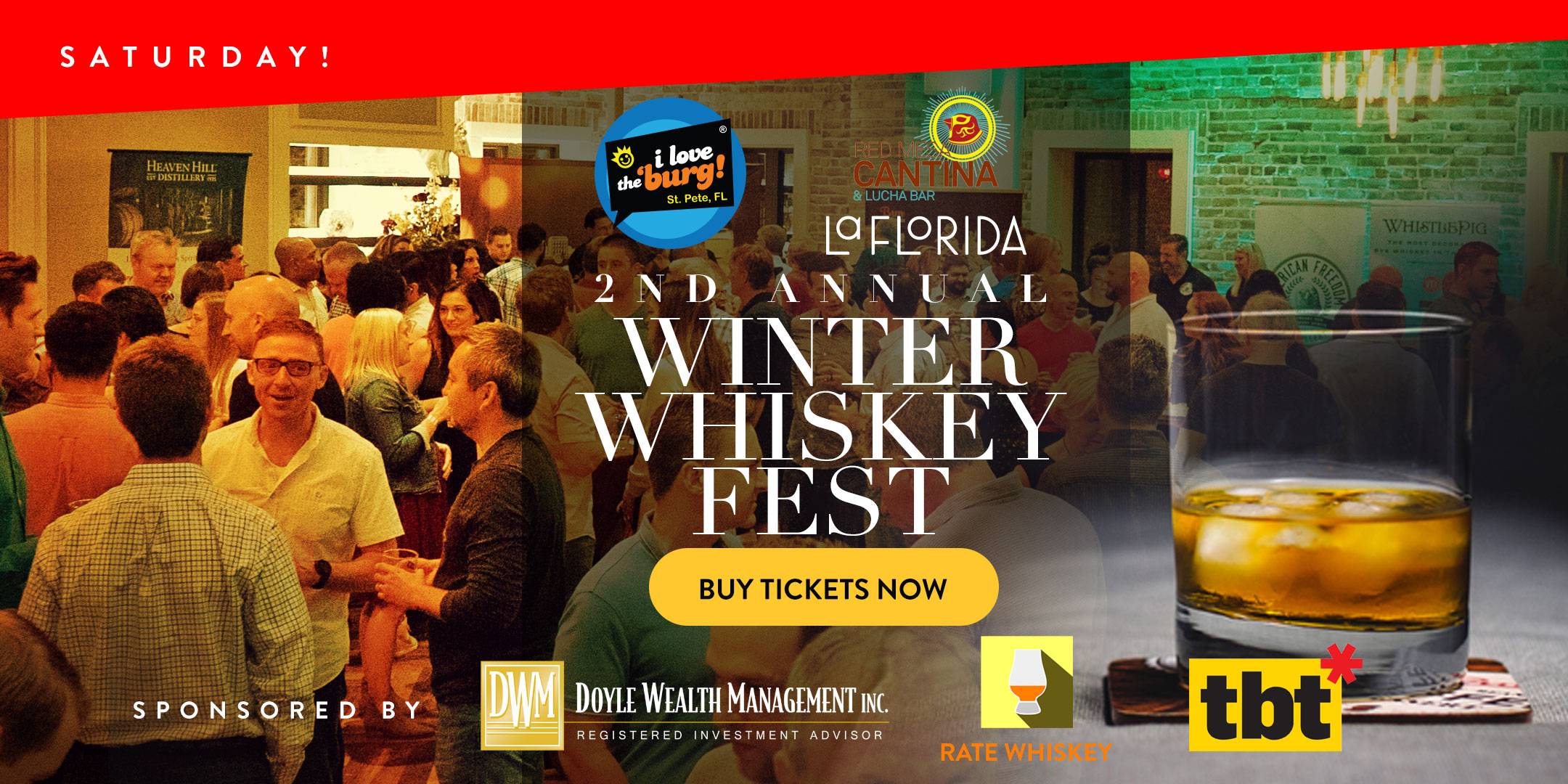 The 2nd Annual Winter Whiskeyfest is this Saturday! We crossed the bridge into St. Pete for this one last year and it was a whiskey lover’s dream. Plus, we have a special discount code available for the next 10 tickets only: Use code: SOTAMPA to get $10 OFF your tickets.

Noname
Head down to Ybor for a fantastic live show from Noname. The Chicago rapper and poet has been gaining popularity, so this is an exciting chance to see a great artist on the rise. Presented by No Clubs. More info.
Begins 6:30pm
The Ritz Ybor

Tall Tales and Scandalous Stories
To kick-off the new Gasparilla: A Tampa Tradition exhibit, the public is invited to The History of Gasparilla and the Tampa Bay Hotel by Rodney Kite-Powell. Learn more about how this iconic building is part of Tampa’s favorite celebration. This event is free, but seating is limited.
6:45pm to 7:45pm
University of Tampa, Plant Hall Music Room

Tampa Bay Lightning vs. San Jose Sharks
The Bolts look to get back on track after a close loss to the Toronto Maple Leafs. The Sharks are swimming in dangerous waters… Grab some tickets and go Be the Thunder!
Begins 7pm
Amalie Arena

Roma (2018)
Winner of Best Film at the Venice Film Festival, and one of the most highly-acclaimed films of the year, Roma is a sumptuous and compassionate masterpiece, a portrait painted on a huge canvas that centers on lives that some might think small. Set in Mexico City in the early 1970s, it tells the story of a young indigenous woman who works as a maid for a middle-class white family that’s falling apart.
Shows at 2:30pm and 5:45pm
Tampa Theatre

Trevor Noah
Trevor Noah is the most successful comedian in Africa and the host of the Emmy and Peabody Award-winning The Daily Show. Noah joined The Daily Show with Jon Stewart in 2014 as a contributor. Born in South Africa to a black South African mother and a white European father, Noah has hosted numerous television shows including South Africa’s music, television and film awards, and two seasons of his own late night talk show, Tonight with Trevor Noah.
Begins 4pm
Straz Center for the Performing Arts