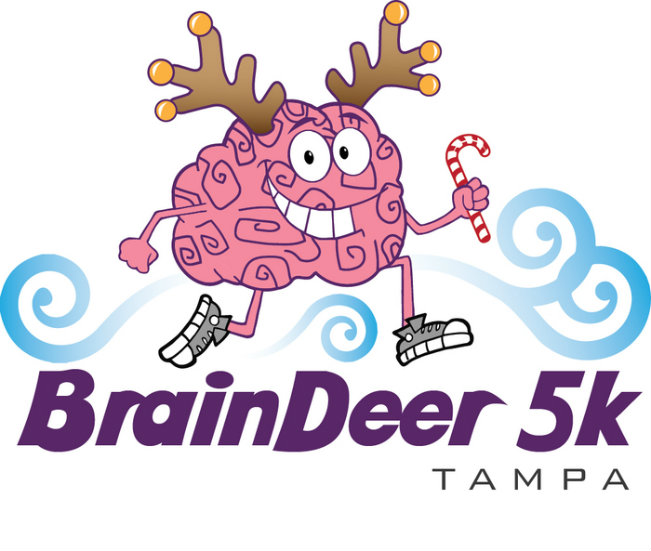 Want to learn more about the amazing city of Tampa? Reference Visit Tampa Bay for the top events, deals and news in the city.

Monday Meditation at The Tampa Museum of Art
Join the Museum and Parbawatiya Kadampa Buddhist Center for a short after work meditation class.  This is a perfect way to step away from the loud, fast paced world and learn to reduce your stress for the rest of the week.  The classes consist of guided meditations, a talk and discussion.  They are suitable for everyone from beginners to those with more experience in meditation.  Each class is self-contained, although you are welcome to attend the whole course. 5:30-7pm. No Registration Required.  Cost per class is $10 per person. Tampa Museum of Art, 120 West Gasparilla Plaza.

This Wonderful Life at Stageworks Theatre (All Week)
One actor inhabits every role in this hilariously touching stage adaptation of the iconic holiday film It's a Wonderful Life. George Bailey, Clarence, Mr. Potter, and the gang come to life as a single actor creates a heartwarming story about the effect one hardworking man's life has on the people around him. Runs from Dec. 3-20. CLICK HERE for tickets. Stageworks Theatre, 1120 East Kennedy Boulevard.

The Downtown Tampa PopShop
Downtown Tampa's third PopShop arrives just in time for holiday shopping! This outdoor, pop up retail experience will provide an abundance of unique holiday gifts from local merchants! 50 downtown bricks and mortar retailers and restaurants will once again flank the picturesque setting of The Esplanade. The Holiday PopShop, offers products, services, music, and free food samplings located conveniently that can be purchased within downtown. The event is brought to you by Tampa Downtown Business Coalition in partnership with Tampa Downtown Partnership, Hilton Tampa Downtown, and Cushman & Wakefield. 11:30am-1:30pm. PopShop takes place at The Esplanade – Franklin Street at Jackson Street.

Northlane at The Orpheum
Northlane is an Australian metalcore band from Sydney, New South Wales, formed in 2009. The band consists of guitarists Jon Deiley and Josh Smith, bassist Alex Milovic, drummer Nic Pettersen and vocalist Marcus Bridge. They perform at The Orpheum this Wednesday. Doors open at 7pm. Tickets from $15-$35. The Orpheum, 1915 East 7th Avenue.

Island Night with Impulse at Skipper's Smokehouse
Dynamic, evocative, charismatic and soulful is the style of the band Impulse. Since forming in 1997For the last fifteen years, Impulse has captivated the hearts of music lovers crossing culture, race and age. The band’s unique style of zouk, calypso, reggae, soca and meringue offer the perfect blend of island sounds for a romantic moment, leisurely hours or jump up. The “impulse musical foundation band,” popularly known as Impulse, was formed in 1997 in Tampa. Doors open at 8pm. FREE to attend. Skipper's Smokehouse, 910 Skipper Road.

NCAA Women's Volleyball Championship (Thu-Sat)
Some of the finest volleyball talent in the nation comes to Downtown Tampa! These teams will be competing to fight their way through the bracket and become the next NCAA Division II champions. The tournament runs from Dec 10-12. CLICK HERE for full details. The University of Tampa, 401 West Kennedy Boulevard.

Lunch and Learn with Wolfgang Flad at Tampa Museum of Art
The Tampa Museum will be hosting a lunchtime Q&A with artist Wolfgang Flad whose hanging exhibition “Kiss and Tell” will go on view in the Morsani Atrium of the Museum.  Chief Curator, Seth Pevnick, will lead the discussion.  noon-1:30pm. Please register in advance by ordering tickets online.  Members and students price is $5 (membership will be verified and students must have ID’s). Not-Yet Member price is $10. Tampa Museum of Art, 120 West Gasparilla Plaza.

Robert Kelly at Sidesplitters Comedy Club
Robert Kelly's comedy is deeply rooted his own life and relationships which makes it honest, abrasively funny, yet refreshingly vulnerable. He has been winning over audiences for years touring clubs, colleges and theaters, including repeat performances at Montreal’s Just For Laughs Festival. 8:30pm. Tickets from $10-$12. Sidesplitters Comedy Club, 12938 North Dale Mabry Highway.

Grateful Dead Nite with Uncle John's Band at Skipper's Smokehouse
UJB has been faithfully bringing the music and spirit of the Grateful Dead to Skipper’s every Thursday at Skipper’s since 1998. Uncle John’s Band was formed in 1989 in Clearwater Florida from a combination of talented musicians who love to play the music of the Grateful Dead. The purpose of Uncle John’s Band is to recreate the atmosphere and musical adventure of a live Dead show. Doors open at 8pm. FREE to attend. Skipper's Smokehouse, 910 Skipper Road.

An Evening with Kevin Griffin of Better Than Ezra at The Attic
Kevin Griffin made his professional debut in 1995 as the singer and songwriter for New Orleans based band Better Than Ezra. Their debut record, Deluxe, went double-platinum fueled in part by the success of the #1 Modern Rock track "Good." The band's follow up record, Friction Baby, went Gold and contained two Top 10 Modern Rock tracks followed by another Top 10 Hit in 2001 with the single "Extra Ordinary." In 2005, Better Than Ezra had a Top 10 Hot AC hit with "Juicy" which was not only licensed by several commercials and brands but also featured in the promotional advertisements for the popular ABC television series Desperate Housewives. Doors for the show open at 6pm. Tickets from $25-$45. The Attic, 1510 East 8th Avenue.

Tampa Bay Lightning vs. Ottawa Senators
The Lightning face off against the Senators this Thursday night. The puck drops at 7:30pm. CLICK HERE for tickets. Amalie Arena, 401 Channelside Drive.