WIN a VIP Package to the Rowdies Season Finale October 22 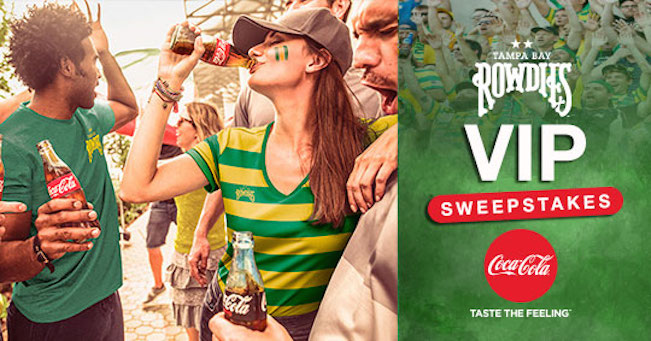 The Beach Tampa at Amalie Arena (All Week)
Prepare to splash in a sea of imagination. The Beach Tampa is a 15,000 square foot immersive installation that brings the cool vibes of the beach to Tampa’s downtown. Click HERE to plan your visit. The event is free to attend and parking vouchers for the South Regional Garage next to Amalie will be provided for attendees. Amalie Arena, 400 Channelside Drive.

Don’t Think Twice at Tampa Theatre (Monday through Wednesday)
Directed, written by and starring Mike Birbiglia (Sleepwalk With Me), Don’t Think Twice is a dark, bittersweet comedy about what turns people into comedians, and about what happens when you choose success for yourself over continued struggle alongside your friends. Featuring many of right-now’s hottest comedians (Keegan-Michael Key of Key & Peele, Gillian Jacobs from Community, Kate Micucci of Garfunkel & Oates), it’s incisive but never somber as it navigates the fraught middle-distance between the idealism of youth and the dread of not fulfilling that idealism as your youth begins to end. Screenings at 7:30pm Monday through Wednesday. Click HERE for tickets. Tampa Theatre 711 North Franklin Street.

Reggae Night with Jahfari at Skipper’s Smokehouse
Jahfari is an eclectic mix of musicians trained in the art of Jammin’! This five piece band plays a wide range of reggae genres from ska to rock steady, and roots reggae to dancehall. Coming from the far reaches of the globe this quintet brings international flavor to every show. Based out of the Tampa Bay area, Jahfari has toured extensively throughout the U.S. and The Caribbean. Begins at 8pm. Skipper’s Smokehouse, 910 Skipper Road.

Lil Yachty – The Boat Show Tour at The Orpheum
MC Lil Yachty bounces between the party attitude of Migos and the weirdness of Future with the greatest of ease. Part of this is due to the use of two personas, the wild Lil Yachty and the stern but strange MC Lil Boat. Begins at 7pm. $25-$50. The Orpheum, 1915 East 7th Avenue.

2016 Summer Service Clinic at Reeves VW
Join Reeves for their summer service clinic Wednesday and Thursday. Book your spot to receive a FREE Multi-Point Vehicle Inspection, opportunities to win prizes and great eats from our food truck! Even dependable vehicles require extra care and attention to make sure they maintain proper performance, especially during extreme summer weather conditions. That’s why Reeves Volkswagen is holding this FREE Service Clinic, to ensure your VW is prepared for the months ahead. This is by APPOINTMENT ONLY. Call 1.855.297.5287 to reserve your spot. Runs from 4-7pm both days. Reeves VW, 11333 North Florida Avenue.

Steve Byrne at Tampa Improv
Byrne was the star and creator of Sullivan & Son, a half hour comedy on TBS along with Vince Vaughn’s Wild West Productions for three solid seasons. As his popularity began to expand, Byrne was featured in his very own half-hour Comedy Central Presents which was voted as one of the best specials of all time in the Comedy Central Standup Showdown. His third hour special Champion debuted on Netflix in May 2014 to rave reviews and his two previous specials, Steve Byrne’s Happy Hour and The Byrne Identity were two of the top rating specials on Comedy Central. He performs at the Tampa Improv Thursday through Saturday. Click HERE for tickets and performance times. Tampa Improv, 1600 East 8th Avenue, C-112. 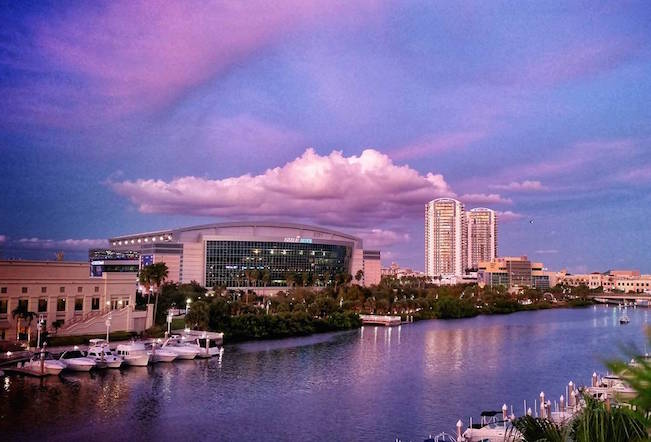