The Tampa 10: What To Do In The City This Weekend

**Tell us about your event at info@thatssotampa.com**

FOLLOW US ON TWITTER FOR THE LATEST ON TAMPA EVENTS!
@thatssotampa
Follow us on Instagram and see Tampa from every angle!
@thatssotampa
Looking for food inspiration this weekend? Visit Square 1 Burgers, your local burger artisans, for the most electic mix of flavors and dishes. Don't miss out on their 3-4-5 Happy Hour happening daily from 3-6pm and 9pm-close.
Looking for good show this Spring? Reference No Clubs list of upcoming concerts, your ultimate music concierge.
COMING SOON…

From March 24th to March 29th the lights, buzz and energy of the film industry arrive in Tampa. The Channelside Plaza will play host to the rising stars and legends of cinema as they screen their passion projects to the public. For a full list of films, parties, events and celebrity guests follow this link. Don't know what to see? Reference our article of the 7 films you can't miss at GIFF.
Friday, 3/13
Opera Tampa Presents Madama Butterfly at Straz Center (Friday and Sunday)

The Tampa Opera closes out its 20th anniversary season by going back to its first ever production from 1996, Giacomo Puccini's Madama Butterfly. Madama Butterfly will be sung in Italian with English translations projected above the stage. Maestro Lipton will lead an international cast – including Yunah Lee as Cio Cio San – along with the Opera Tampa Orchestra and Chorus. Performances take place on Friday, March 13, at 8pm, and Sunday, March 15, at 2pm. Tickets are $39.50-$99.50.  Morsani Hall, 1010 North W.C. Macinnes Place.
L.A. Guns at The Brass Mug
Tampa's metal incubator and epicenter of thrash hosts L.A. Guns this Friday night. Enjoy the grunge of the 80's and a full liquor bar. The L.A. Guns are joined by Kalus, Against My Will, Vain Rachell, Azzitizz and Slikk Wikked. Doors open at 7pm. Tickets are $14. The Brass Mug, 1450 Skipper Road.
What We Do In The Shadows at Tampa Theatre
Vampires Viago (Taika Waititi), Deacon (Jonathan Brugh) and Vladislav (Jemaine Clement) are trying to get by in the modern world: from paying rent and doing housework to trying to get into nightclubs, they're just like anyone else – except for immortality and the endless need to feast on human blood. When their 8,000-year-old roommate Petyr (Ben Fransham) turns 20-something hipster Nick (Cori Gonzalez-Macuer) into a vampire, the guys must guide him through his newfound eternal life. In return, they are forced to learn a thing or two about society, fashion, technology and the internet. From the creators of Flight Of The Conchords comes this brilliant horror-comedy. Screens at the Tampa Theatre at 7:30pm on Friday. Follow this link for full showtimes throughout the weekend. Tickets are $11. Tampa Theatre, 711 North Franklin Street.

Operating since 2000, the Ybor City Saturday Market is the largest continually operating outdoor market in the Tampa Bay Area. Centered in Tampa's Historic District, the market is one of the most popular shopping desinations for locally produced items unique to the Tampa Bay Area. Market runs from 9am-3pm. FREE and open to the public. Centennial Park, 1901 19th Street.

*Photo by City Of Tampa

The Mayor's River O'Green Fest is the City of Tampa's official annual Saint Patrick's Day event that takes place in beautiful Curtis Hixon Waterfront Park. The party is centered around the Hillsborough River, which will be transformed into a bright shade of green for the occasion. The river provides a perfect backdrop to the celebration which includes live entertainment, games, kids activities, food trucks serving Irish faire, beer, and more! Attendees are encouraged to donate food items to help the Salvation Army carry out their mission of helping those in need. Holy Hog, Kahwa, Aloha To Go, Whatever Pops and Renny's Oki Doki Food Truck will be in attendance. 10:30am-4pm. Admission is FREE and open to the public (including your four-legged friends). Curtis Hixon Waterfront Park, 600 North Ashley Drive.

TPC is goin' Green with a twist this year by giving you a St. Patrick's Day practice run before the official St. Patrick's Day. Grab some green and get lucky on this returning tradition! The TPC Lucky Leprechaun's will be crawlin all over SoHo. Event begins at 8pm at SoHo Tavern, moves to The Lodge at 9:15pm, MacDintons at 10:30pm and ends at The Drynk at 11:45pm. Tickets are $15 before March 13, $20 the day of the event. Follow this link for more information and to get your tickets.

Lewis Black – That Rant is Due: Part Deux at Straz Center

Lewis Black, Grammy Award-winning stand-up comedian, is one of the most prolific and popular performers working today. He executes a brilliant trifecta as stand-up comedian, actor and author. Receiving critical acclaim, he performs over 200 nights a year to sell out audiences throughout Europe, New Zealand, Canada and United States. His performance begins at 8pm. Tickets between $39.50-$65. Straz Center, 1010 N W C Macinnes Place

The New York Yankees flex their Spring muscles against the visiting Phillies on Sunday. The game begins at 1:05pm. Tickets between $12-$396. Steinbrenner Field, 1 Steinbrenner Drive.

Join the Tampa community for the Pancreatic Cancer Action Network’s PurpleLight as we come together to celebrate survivors and honor loved ones lost to pancreatic cancer. During the event, individuals will read the names of both survivors who have battled the disease and of loved ones we have lost too soon. Survivors, family and friends will be asked to stand and illuminate purple glow sticks when the name of their loved one is read. You will be able to register at the event. Registration begins at 6:30pm, event starts at 7pm. Cotanchobee Fort Brooke Park, 601 Old Water Street.

The Lightning look to recover from their loss against the Bruins this Sunday against a tough Winnipeg Jets team. The game begins at 7pm. Tickets between $25-$220. Amalie Arena, 401 Channelside Drive.

Don't forget to tag your Tampa photos with #SOtampa and you could be featured on the next Tampa 10! 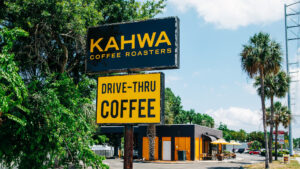 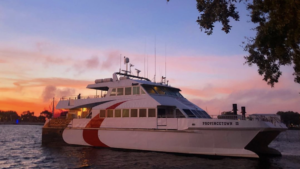 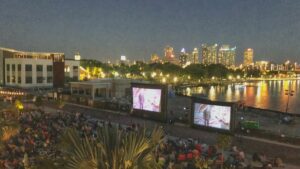 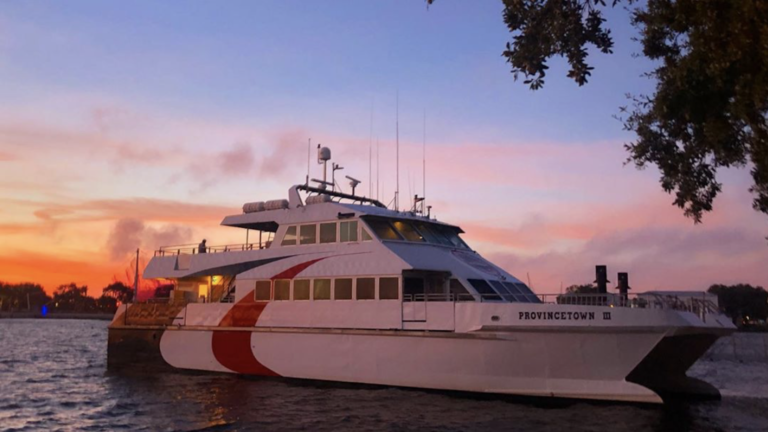