The Godfrey might be the most festive hotel in the city of Tampa. Winterland, a super jubilant Christmas cocktail pop up, will feature the 12 drinks of Christmas, over one thousand festive lights and holiday-themed photo areas.

One of those immersive photo spots is a full recreation of the living room from “A Christmas Story”, including the leg lamp in all of its electric glory. 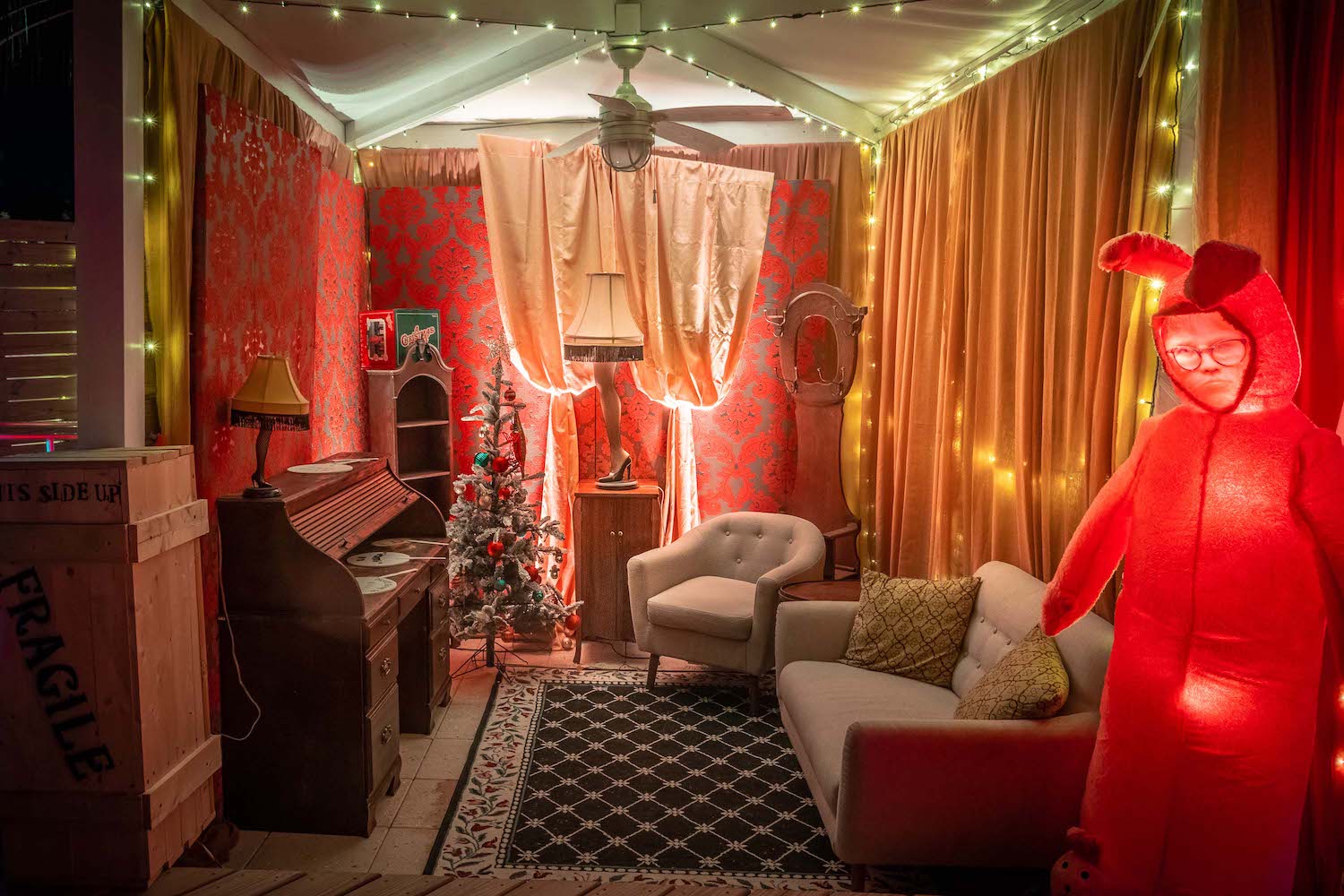 Winterland will be at the Godfrey Hotel through the month of December — and the organizers behind the event have a litany of merry events to keep your season bright. One event, on December 6 from 4-9pm, will even let you bring your pet to Winterland for full family photos. So get those adorable puppy bow ties ready.

Visitors will come face to face with a giant snowman, travel through the Grinch’s cave and get to enjoy a full eggnog and hot chocolate bar. It may not get too cold in the city of Tampa, but in December we crave a steam mug of hot chocolate that’s like 60% marshmallows and whipped cream. 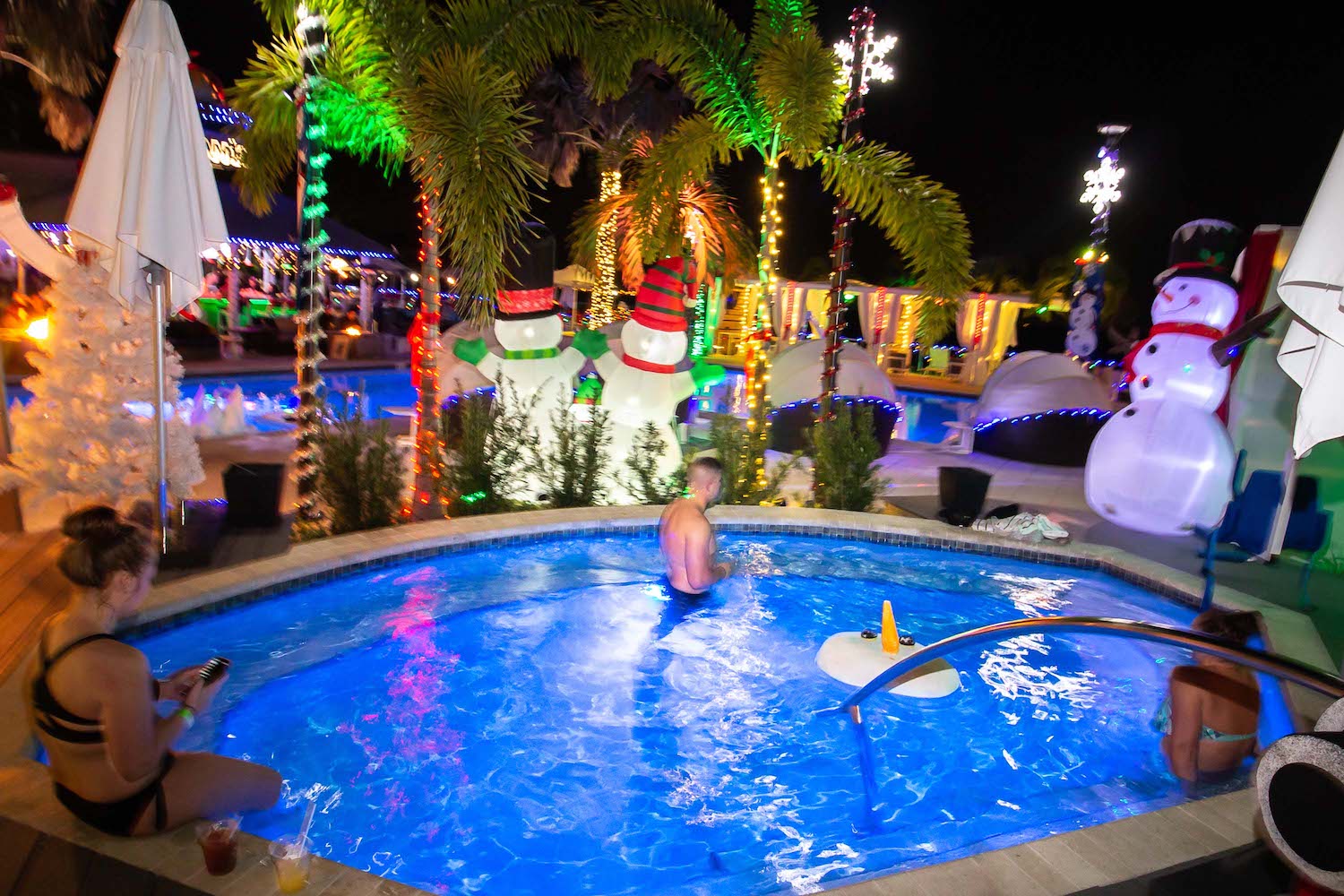 Eat dinner with the Grinch and Mrs. Clause

Every Thursday night the hotel will host Christmas Caroloke. Clear that throat, sip some tea, and get ready to belt out that iconic Mariah Carey tune, “All I Want For Christmas is You.”

Want to fully immerse yourself in the yule tide cheer that is Winterland?

On December 8, 15 and 22, you and the family can enjoy dinner with the one and only Grinch from 6-9pm. Hopefully he’s in better spirits during his sabbatical away from Whoville. 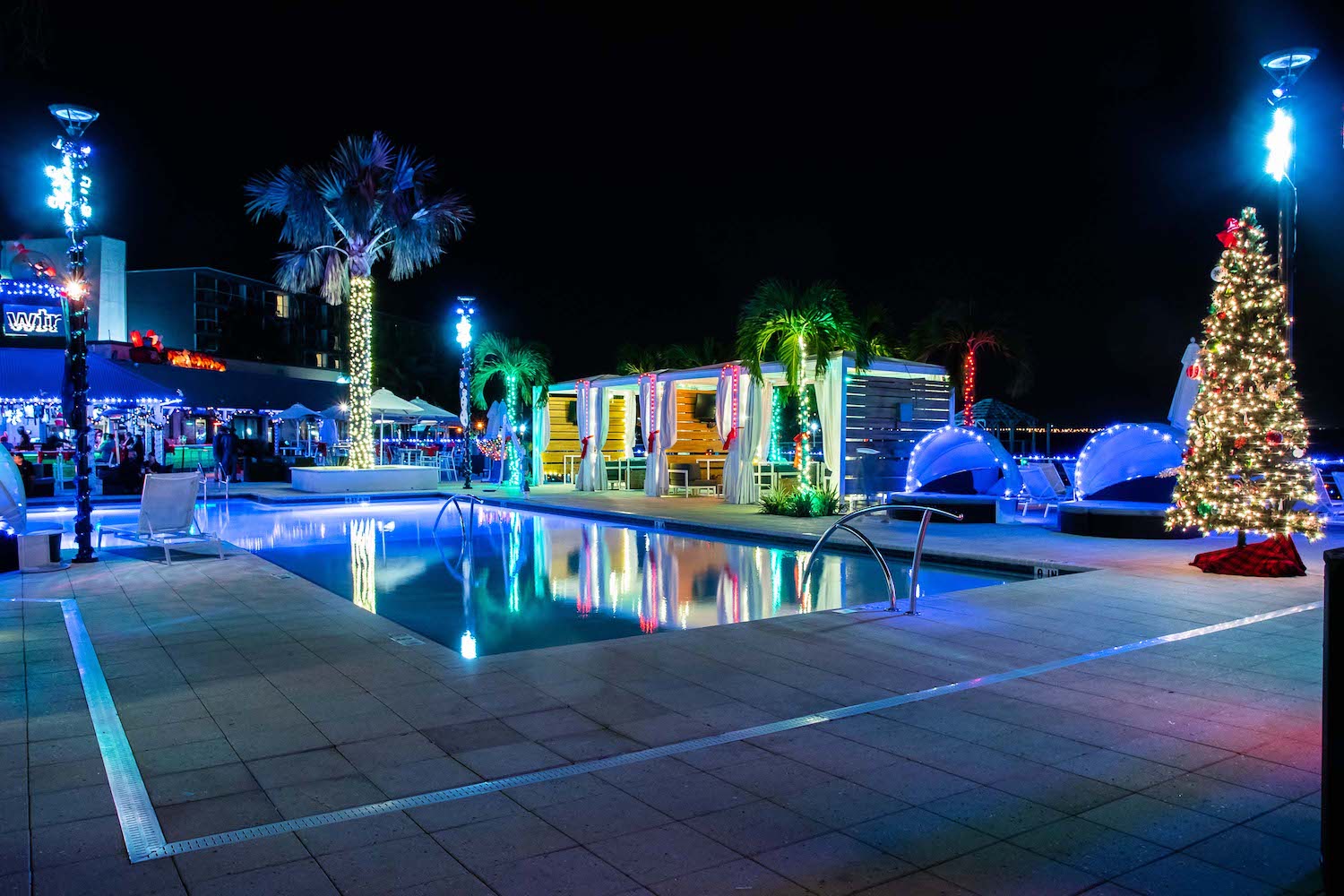 Got that ugly sweater ready? ‘Tis the season to rock it. On December 14, The Godfrey will host its own Ugly Sweater party from 5-9pm.

The hotel will also host a Christmas Eve buffet with Mrs. Clause from 5-9pm, and a Christmas Day Buffet from 11:30am-8pm.

The celebrating doesn’t end on Christmas Day. The holiday season gets tied in a neat bow with a New Year’s Eve fireworks show hosted by Mario Lopez.

You can see a full rundown of events on Winterland’s website. 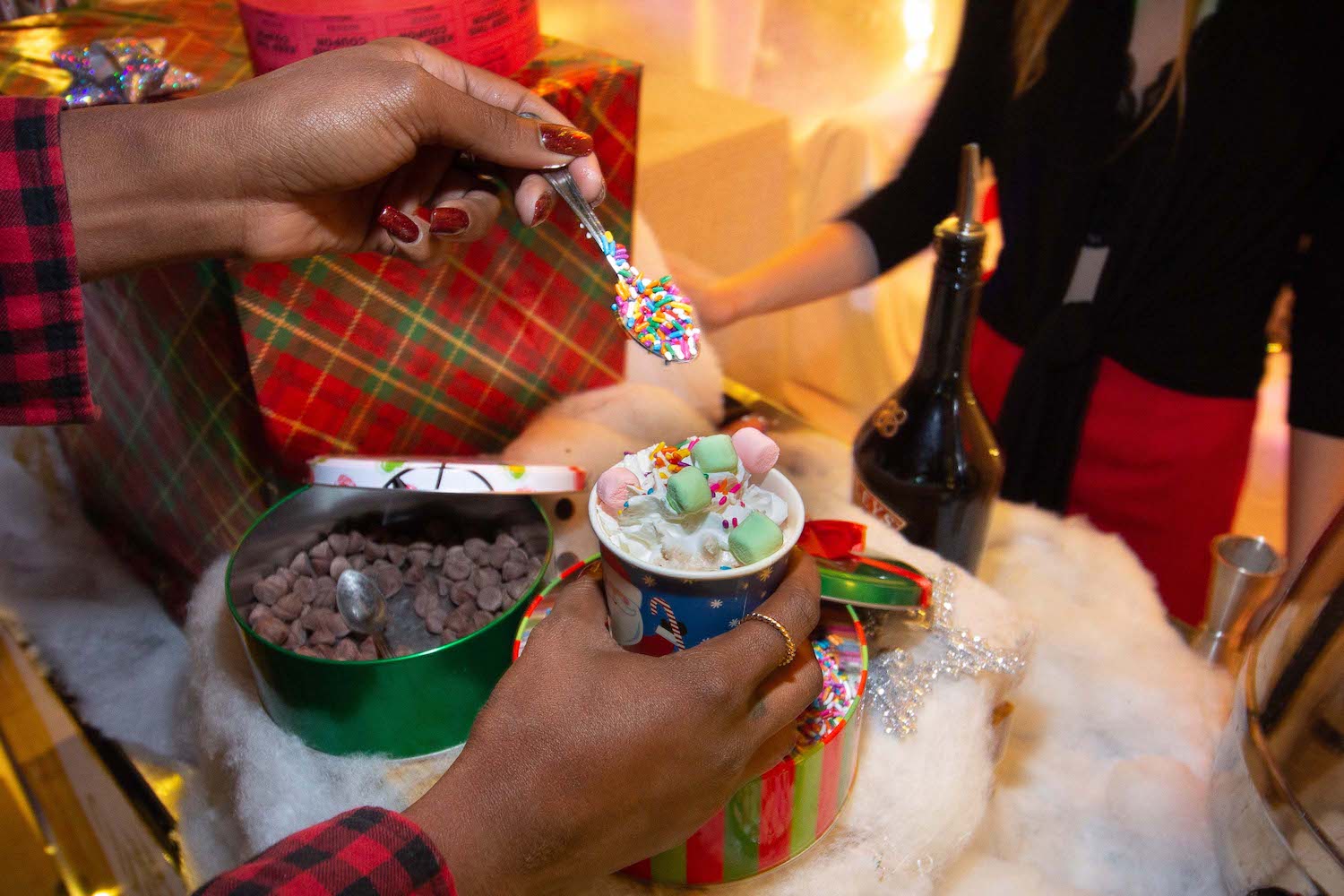 Hit up the hot chocolate bar

This is literally about as festive as it gets. Now, if you’ll excuse us, we’ll be headed to the hot chocolate bar.

*All photos courtesy of The Godfrey & Winterland