Tampa is one of the most pet-friendly cities in the country. This fact is underscored by the sheer number of dog-friendly restaurants popping throughout Tampa’s most popular neighborhoods. Sparefoot notes that our city has the most dog parks per capita in the country. 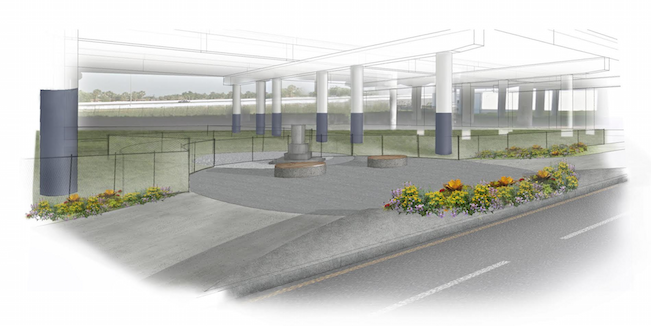 The Grand Opening will feature a dedication in honor of Hillsborough County Deputy John Robert Kotfila, Jr., who lost his life to a wrong way driver on the Selmon Expressway in March of last year.

Tampa’s new dog park will use an innovative artificial grass that is softer so as to not cut or damage the paws of smaller dog breeds. The park also includes water fountains with built in pet bowls, large bench-style seating and a bench swing attached to the underside of the overpass.

Separate play areas have been built for smaller and larger dogs. This isn’t the only park planned for Tampa. 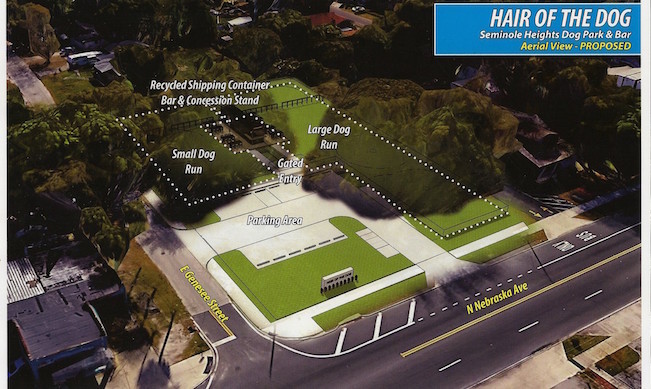 On March 23, City Council approved plans for a 30,000 SF dog park and bar concept in Seminole Heights at 4211 North Nebraska Avenue. Todd Goldfarb worked for nearly two years to make Hair of the Dog a reality.

The park will have similar membership fees and requirements to Dog Bar in St. Petersburg. Hair of the Dog members can unwind with a local craft beer while their pup galavants off-leash in a spacious park. A construction timeline and opening date are TBD.

Plans are currently in the works for a dog park in Hyde Park. There will be a 22,000 SF area for large dogs, and a 10,500 SF area for small dogs. Both will include drinking fountains, shade structures, an 18′ by 18′ seat wall, restrooms and a pump house.

The dog park will be located where West Swann Avenue and Crosstown Parkway meet.