The Foodie’s Guide to Panama

Recently, the That’s So Tampa crew took a trip to the country of Panama. With the assistance of Copa Airlines and Visit Panama we were able to immerse ourselves in the art, music, history, landscape and food that make the culture of this country so vibrant.

We scaled Ancon Hill, cruised around the Panama Canal, danced in the streets of the Old Quarter and basked in the rich biological diversity of Panama at the Frank Gehry designed Biomuseo. In between the excitement of exploring this lush place, we fueled ourselves (substantially) with the traditional dishes of Panama. The country acts as a bridge between two continents, and because of this boasts a variety of culinary influences. 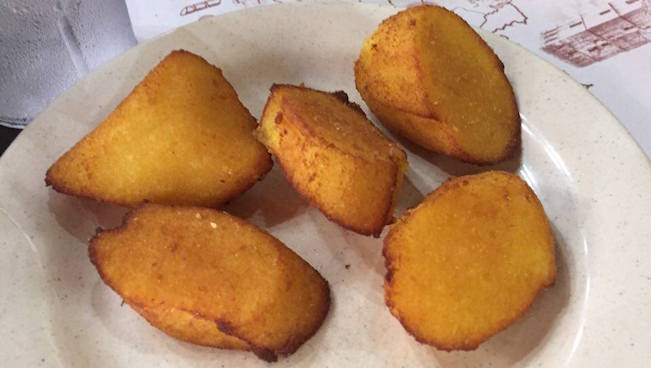 Patacones (fried green plantain discs) quickly became a morning go to dish along with Bollos (corn dough rolled in a banana leaf and boiled). We paired a majority of our meals with Yuca Frita (fried yucca) and Ceviche de Corvina (sea bass ceviche). We didn’t fully grasp the boundless foodie offerings of Panama until we met with Cuquita Arias Calvo, restauranteur, chef and author. 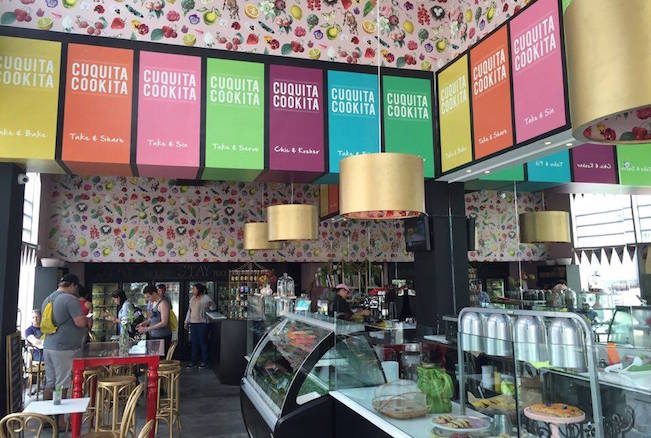 We met Cuquita at her cafe in Panama City. The interior was decorated with tropical wallpaper. Coconut cake and dark chocolate truffles lined the shelves and aromic swirls of steam from cups of espresso rose from behind the pastry counter. How does she describe her approach to food? Chombo Style. This cooking style makes abundant use of lemon grass, rosemary, mint, plantains, yucca and Panama’s plethora of seafood. It’s all about sourcing everything directly from Panama. Cuquita grew up in New York and Paris and is a self-taught chef. Her love of food brought her to Panama. Cuquita hopes to expand the country’s appreciation of the flavors growing in their backyard, preserve her home’s food history, and shine a brighter spotlight on the culinary fare to be discovered in Panama for the rest of the world. At her recommendation, we visited the restaurant Sal Si Puedes. This five-star dining experience exposed us to the hearty entrees and desserts and that define the country’s most revered flavors. 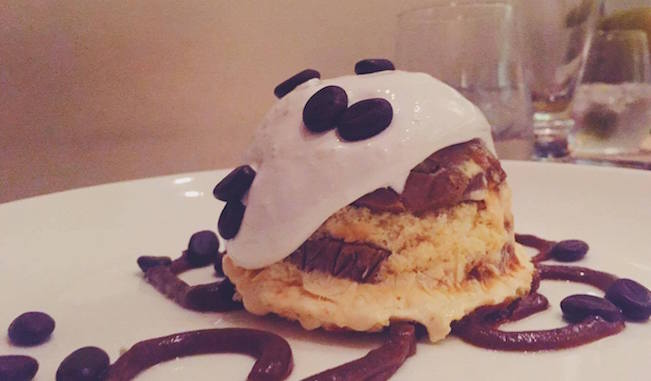 The Sancocho  — Panama’s traditional coriander made with scented simmered chicken soup, corn, crunchy rice and fried green plantains — and Chorrilero Style Fish — fried sea bass, asparagus strings, chombo hot pepper caviar, over yuca ceviche — were beyond satiating. The frozen coffee dessert, made with local coffee beans, was a magnificent refresher and energizer after a day spent in the sun.

The day after, we ventured to Mercado de Mariscos where many of the chefs in Panama crowd early in the morning to get the best, and freshest seafood available. Our guide told us that the market often transforms into a mini venue to catch major boxing matches. Inside, vendors and visitors were bartering over yellowfin tuna, roosterfish, large cubera snapper and more. 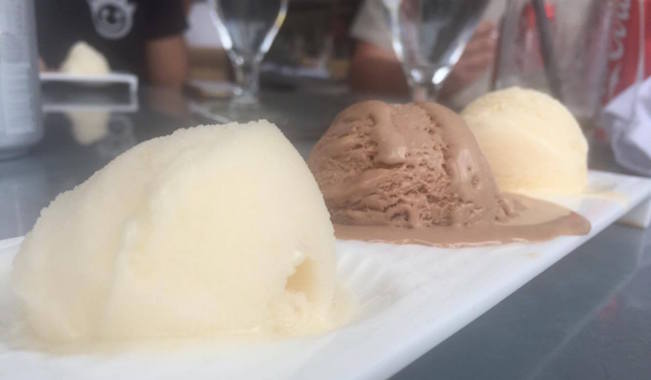 The food can be temperate, though many spots find ways to add sensational amounts of spice to their food. The country thrives off of starchy fruits and fresh seafood. Want to experience the cuisine for yourself? Enter to WIN round trip tickets to Panama courtesy of Copa Airlines below!