I Love the Burg’s Winter Whiskeyfest (Just a Few More Days!)
Join us for the inaugural Winter Whiskeyfest! Try over 12 different whiskeys, enjoy light bites, and mingle over live music as we break in the brand new La Florida event space on a Friday evening. We’re partnering with Red Mesa Cantina to showcase their beautiful downtown venue and benefit a great community cause. Tickets going fast, with room for only 250 of our closest friends and fans. Friday, February 9, 6–9pm. $75. Click here for more info and to buy your tickets now.

Poultry, Raptors, Places of Ritual
January 26 the Florida Museum of Photographic Arts is hosting an all-day event entitled “Poultry, Raptors, Places of Ritual.” This is an event showcasing the work of Jean Pagliuso. After a 30-year career as a portrait photographer for Vogue, Times, Newsweek, Time and Rolling Stone, she decided to do an entire collection only photographing the subject of chickens.
Florida Museum of Photographic Arts, 400 N. Ashley Dr., Cube 200.

Tampa’s Fourth Friday
This is a once a month event celebrating the arts of Tampa. Take a complimentary ride on the TECO Line Streetcar, stroll along The Tampa Riverwalk, cruise the Hillsborough on the Pirate Water Taxi, hail the Downtowner ride service with an app on your smartphone, or saunter along 7th Avenue in Ybor, Tampa’s only Historic District. Participants also get a free hour of Coast Bike rental. 4-10p.m. Curtis Hixon Waterfront Park, 600 N. Ashley Dr.

1st Annual Gasparilla Bar Crawl
At 11:30a.m. the group boards the Party Bus and move on to Yeoman’s Cask & Lion for a welcome shot and a round of pirate beer pong.
At 1:15p.m. the group gets back on the Party Bus to hit the next Bar 1895 Kitchen – Bar – Market for a final welcome shot and more Gasparilla inspired drink specials. You’ll be only one block away from the official 2018 Gasparilla Pirate Fest & Parade of the Pirates.
At 3p.m. all Crawlers watch the Gasparilla Parade in Tampa’s Downtown. You’ll be right in the middle of all the action at Curtis Hixon Waterfront Park to enjoy Pirate festivities all afternoon.
Encore – from 8p.m. to midnight, you’re invited to party the night away at our official Gasparilla Bar Crawl After Party at WaterWorks Bar & Grill inside The Barrymore Hotel Tampa Riverwalk. Your Crawl wristband will get you another complimentary welcome shot at the Gasparilla Block Party and more exclusive drink specials! Begins at 10p.m. and meets at District Tavern 112 12th Street.

Straz Center Welcomes Miranda Sings
Miranda Sings (a.k.a. Colleen Ballinger) has become an international phenomenon whose YouTube channel has amassed more than 8 million devoted subscribers and more than a billion views. The character Miranda was created in 2008 to parody the young, self-absorbed singers with far more confidence (and vibrato) than talent—which Colleen saw uploading videos to YouTube. Miranda is known for her overdrawn red lips, questionable advice about singing and life, a deluded self-confidence and over-the-top rants about her family and personal problems. Miranda Sings has appeared on Jerry Seinfeld’s Comedians in Cars Getting Coffee and The Tonight Show with Jimmy Fallon and stars in the Netflix original series Haters Back Off! 8:30p.m.
Straz Center for the Performing Arts 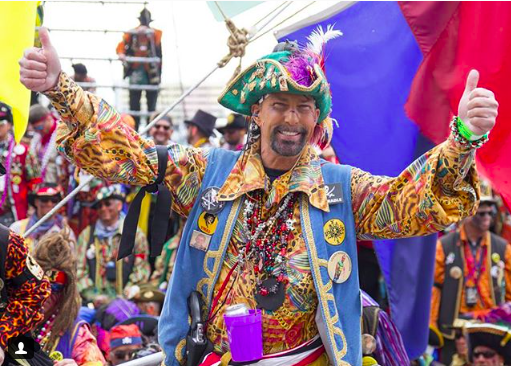 Use the #sotampa on Instagram for your photo to be featured!