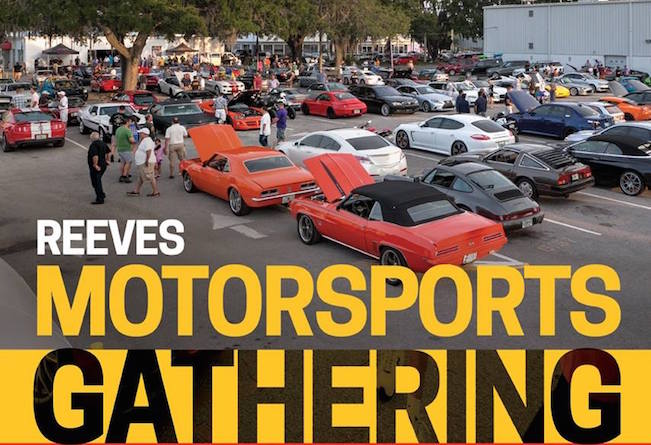 Cars and Coffee at Motorsports by Reeves – May 7

Join Reeves for their monthly Motorsports Gathering on Saturday, May 7. The Gathering is an exceptional opportunity for car owners and enthusiasts to showcase classic, exotic, luxury and super cars. This exclusive event is hosted at Reeves Import Motorcars the first Saturday of every month. Bring a friend and join us for complimentary beignets, coffee and esprit de corps! 7-9am. Motorsports by Reeves, 11333 North Florida Avenue.

Prong at The Orpheum
Prong is an American heavy metal band formed in 1986. Prong had two independent releases, Primitive Origins and Force Fed. The albums attracted the attention of Epic Records, who signed the trio in 1989. 7pm. $18. The Orpheum, 1915 East 7th Avenue, Ybor.

Dough at Tampa Theatre
Nat, an old Jewish baker played by Jonathan Pryce (PIRATES OF THE CARIBBEAN, GAME OF THRONES), takes on a young Muslim apprentice (Jerome Holder) in the hope of keeping his failing London kosher bakery afloat. Their differing backgrounds, religions and ages, along with the stress of watching the business fail, keep them at odds at first. But when his apprentice's marijuana stash accidentally falls in the mixing dough, all of a sudden Nat finds his “baked” goods to be in much “higher” demand. DOUGH is a warmhearted and funny story about overcoming prejudice and finding redemption in the most unexpected places. The world kneads a movie like DOUGH! 7:30-9pm. Tickets are $11 online. Tampa Theatre, 711 North Franklin Street.

Clean Air Fair
The Environmental Protection Commission of Hillsborough County (EPC) is pleased to host the award-winning Clean Air Fair for the 15th consecutive year in celebration of May as Clean Air Month. This year's theme is: “Clean air is Important in Any Language.”It is intended to remind us that the air we all share recognizes no boundaries and it is vital that we communicate the importance of clean air and a healthy environment to all cultures and generations. The event will also recognize Arbor Day and the importance of a balanced natural environment through the distribution of free saplings to all attendees. 11:30am-1:30pm. FREE. Poe Plaza, 200 North Franklin Street.

Good Graeff at Crowbar
Comprised of twin sisters Brooke (guitar, lead vocals) and Brit (cello, backup vocals), Good Graeff came together to compete in a high school “Battle of the Bands.” Upon victory, the girls decided to bring their indie pop music to the streets of Sarasota, Florida, busking for tourists on the barrier islands. See them live this Thursday at Crowbar. Doors open at 9pm. $8 in advance, $10 day of. Crowbar, 1812 North 17th Street.

The Maids at Shimberg Playhouse
Based on a true story: two sisters ritualistically act out fantasies of committing a murder. Suspenseful, strange, and sexy, this potent and poetic psychodrama will keep you guessing until the lights go black! The Maids was French poet, novelist, art critic, essayist, and film-maker Jean Genet’s first play to be produced, coming hot on the heels of the publication of his most famous book, “Our Lady of Flowers.” It is inspired by the famous 1933 French murder trial of Christine and Lea Papin, two sisters employed as maids, who gruesomely killed their employer and her adult daughter. Performances run through May 22. Click HERE for tickets and showtimes. Shimberg Playhouse at Straz Center, 1010 North W.C. MacInnes Place.

Rock the Park at Curtis Hixon
Rock the Park provides a lively atmosphere and a venue to listen to great talent in a beautiful relaxing setting. With stadium styled seating within the park, food and drinks on the premises, and an always exciting vibe, Rock the Park is guaranteed not to disappoint. 6:30-9pm. Curtis Hixon Park, 600 North Ashley Drive. 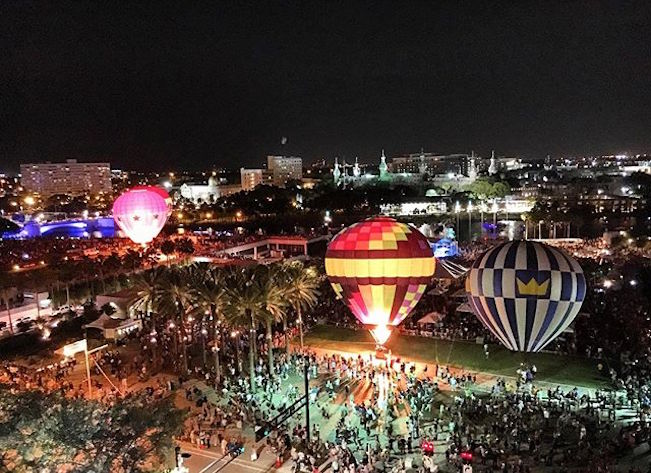