Ra Ra Riot, Nikki Hill, CelloJoe, Geri X, The Bright Light Social Hour and more bands take over Ybor City on April 30 for one of the best music fesitvals of the year. Click HERE to get your passes to the event! Click HERE to learn more about the festival and to see the full music schedule. Don't miss any of the pre-Heatwave events! They host a 16 Beer Party at The Mermaid April 3, a kickoff party at Cigar City Cider on April 13, and a 16 Beer Party at The Ale and The Witch on April 16.

Santigold at The Ritz Ybor
The electric pop sensation Santigold performs LIVE at The Ritz in Ybor on Monday night. Doors open at 7:30pm, show begins at 8:30pm. Tickets are $30. The Ritz Ybor, 1503 East 7th Avenue.

Hocico at The Orpheum
The Mexican pioneers of Hard Electro are back for a full-frontal attack Monday night! See them live at The Orpheum. Doors open at 7pm. Tickets are $15-$45. The Orpheum, 1915 East 7th Avenue.

Beautiful: The Carole King Musical at Straz Center (Tuesday-Sunday)
Beautiful – The Carole King Musical tells the inspiring true story of King’s remarkable rise to stardom, from being part of a hit songwriting team with her husband Gerry Goffin, to her relationship with fellow writers and best friends Cynthia Weil and Barry Mann, to becoming one of the most successful solo acts in popular music history. Along the way, she made more than beautiful music, she wrote the soundtrack to a generation. The production will run through May 1. Click HERE for tickets and showtimes. Carol Morsani Hall at Straz Center, 1010 North W.C. MacInnes Place.

USF Symphonic Band Concert: "Something Old, Something New, Something Borrowed"
The USF Symphonic Band will present their final concert of the year, "Something Old, Something New, Something Borrowed." Works include Gustav Holst's "Hammersmith", the Finale to Vasily Kalinnikov's "Symphony #1", Joseph Kreines's clever arrangement, "American Song Set", and Frank Ticheli's "Blue Shades." Also included is John Mackey's "Xerxes", a march unlike any you have ever heard before. 7:30pm. Click HERE for tickets. USF Concert Hall, 4202 East Fowler Avenue.

Reggae Night with Jahfari at Skipper's Smokehouse
Jahfari is an eclectic mix of musicians trained in the art of Jammin’! This five piece band plays a wide range of reggae genres from ska to rock steady, and roots reggae to dancehall. Coming from the far reaches of the globe this quintet brings international flavor to every show. Based out of the Tampa Bay area, Jahfari has toured extensively throughout the U.S. and The Caribbean. Backing such artists’ as Yellowman, Junior Reid, and Glen Washington; to name just a few, Jahfari has 20 years of experience under their belt. 8pm. FREE. Skipper's Smokehouse, 910 Skipper Road.

Bon Qui Qui in Concert with Group 1 Crew presented by Anjelah Johnson at Straz Center
Bon Qui Qui is the alter ego of MADtv’s Anjelah Johnson-Reyes. This original character arose from the MADtv sketch “King Burger” and followed the stand-up routine “Nail Salon.” Her combined original Youtube views are more than 100 million and counting. On this new tour, Johnson promises to deliver a hilarious fun-filled evening performing some of her classic stand-up routines such as “Nail Salon” and “Tia Mary.” Then backed up by Group 1 Crew, Bon Qui Qui will take the stage to rap her viral hits like “I’ma Cut You” and “No Boyfren." Show begins at 8pm. Click HERE for tickets. Ferguson Hall at Straz Center, 1010 North W.C. MacInnes Place.

The Maids at Shimberg Playhouse
Based on a true story: two sisters ritualistically act out fantasies of committing a murder. Suspenseful, strange, and sexy, this potent and poetic psychodrama will keep you guessing until the lights go black! The Maids was French poet, novelist, art critic, essayist, and film-maker Jean Genet’s first play to be produced, coming hot on the heels of the publication of his most famous book, “Our Lady of Flowers.” It is inspired by the famous 1933 French murder trial of Christine and Lea Papin, two sisters employed as maids, who gruesomely killed their employer and her adult daughter. The production runs through May 22. Click HERE for tickets and showtimes. Shimberg Playhouse at Straz Center, 1010 North W.C. MacInnes Place.

Grateful Dead Nite with Uncle John's Band at Skipper's Smokehouse
Uncle John’s Band was formed in 1989 in Clearwater Florida from a combination of talented musicians who love to play the music of the Grateful Dead. The purpose of Uncle John’s Band is to recreate the atmosphere and musical adventure of a live Dead show. Begins at 8pm. FREE. Skipper's Smokehouse, 910 Skipper Road. 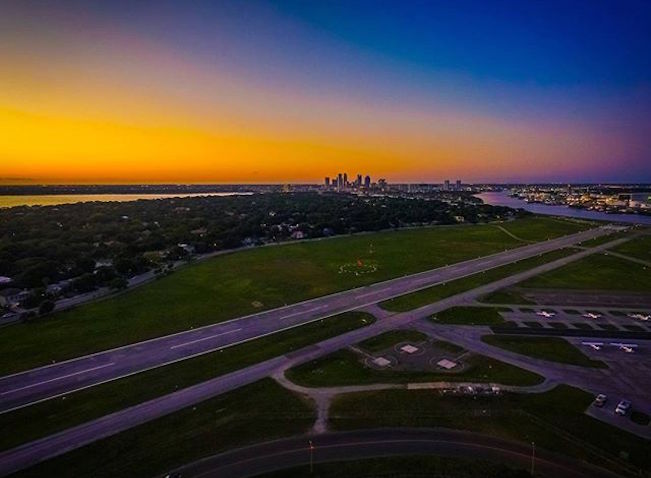