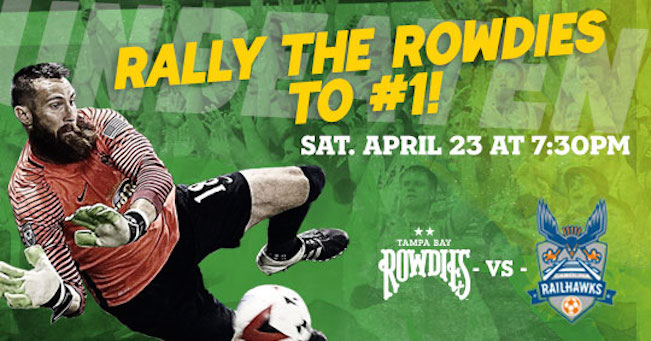 #GetROWDY, Tampa Bay! The Rowdies take on the first-place Carolina Railhawks on Sat, April 23rd @ 7:30pm! Don your Green & Gold, and come cheer the home team in this battle of unbeatens! Click HERE to purchase tickets. Each home game, enter to WIN our Gameday Giveaway, and they'll randomly select a lucky winner to receive a Rowdies jersey, a VIP Meet & Greet with the Rowdies, and a pair of Premium Midfielder's Club tickets to an upcoming home game! Click HERE for more details.

Who We Are: Faces of Tampa Bay at Straz Riverwalk (All Week)
The Straz Center has commissioned Who We Are: Faces of Tampa Bay, a free, outdoor photography exhibit featuring the work of internationally acclaimed photographer Daniel Chauche.Chauche’s pop-up studio was seen all around the Tampa Bay area in January and February 2016 as he captured many faces of our community’s human landscape. The 42 images – each measuring approximately 42” x 60” – are exhibited along the Straz Center’s section of the Riverwalk. Chauche earned his MFA at the University of Florida before immersing himself as a photographer in Guatemala. His work has been exhibited in Guatemala’s largest galleries as well as in the Museum of Fine Arts in Houston, the Sterling Memorial Library at Yale University and at the Library of Congress. The exhibit will be on display through May 31. FREE and open to the public. Click HERE for more information. Straz Riverwalk, 1010 North W.C. MacInnes Place.

Born to be Blue at Tampa Theatre
Ethan Hawke lights up the screen as jazz legend Chet Baker, whose tumultuous life is thrillingly reimagined with wit, verve, and style to burn. In the 1950s, Baker was one of the most famous trumpeters in the world, renowned as both a pioneer of the West Coast jazz scene and an icon of cool. By the 1960s, he was all but washed up, his career and personal life a shambles due to years of heroin addiction. Screens at 7:30pm on Wednesday. Tampa Theatre, 711 North Franklin Street.

Patel Conservatory presents Into the Woods, Jr. at TECO Theater (Thursday-Sunday)
The Brothers Grimm hit the stage with an epic fairytale about wishes, family and the choices we make. Presented by student performers in grades 5-12, all of your favorite characters—Cinderella, Little Red Riding Hood, Jack (and his beanstalk), and the Witch—meet and interact in this whimsical original story. The musical centers on a baker and his wife who wish to have a child; Cinderella, who wishes to attend the king's festival; and Jack, who wishes his cow would give milk. When the baker and his wife learn that they cannot have a child because of a witch's curse, the two set off on a journey to break the curse and wind up changed forever. Click HERE for tickets and showtimes. TECO Theater at Straz Center, 1010 North W.C. MacInnes Place.

The E-Waste Tragedy — Earth Day Eve at Tampa Theatre
Join Tampa’s own Urban E Recycling for an Earth Day Eve celebration of community and screening of the feature film THE E-WASTE TRAGEDY. The event is free and open to the public, and will include details about Urban E Recycling’s electronics recycling programs and a post-film Q&A about electronic waste. Winners of the Hillsborough County STEM Fair will also be recognized. 7pm. FREE and open to the public. Tampa Theatre, 711 North Franklin Street.

David Sedaris at Carol Morsani Hall
Ever since his “SantaLand Diaries” appeared on National Public Radio in the 90’s, humorist and essayist David Sedaris has been long regarded as a leading voice of sardonic, self-effacing wit. His social critiques and family vignettes won him international fans who appreciate Sedaris’s unique ability to expose the obvious foibles of life hidden right before our eyes. Begins at 7:30pm. Click HERE for tickets. Carol Morsani Hall at Straz Center, 1010 North W.C. MacInnes Place. 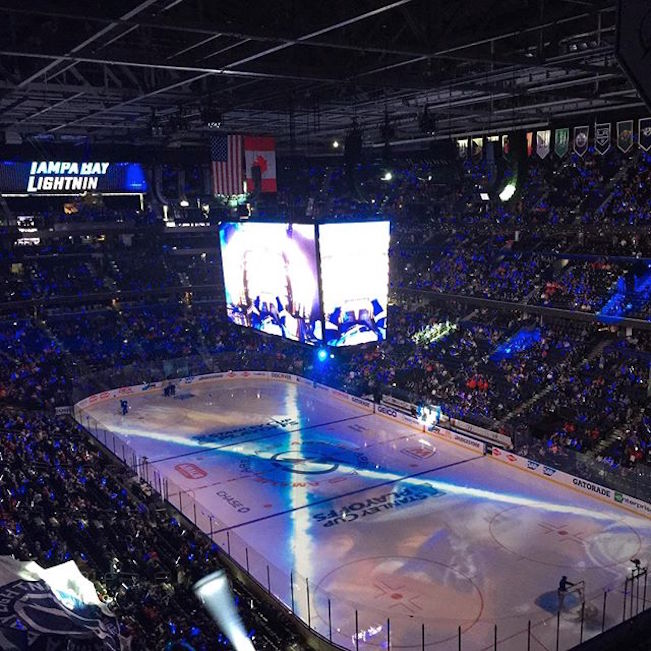