I Love the Burg’s Winter Whiskeyfest (Just a Few More Days!)
Join us for the inaugural Winter Whiskeyfest! Try over 12 different whiskeys, enjoy light bites, and mingle over live music as we break in the brand new La Florida event space on a Friday evening. We’re partnering with Red Mesa Cantina to showcase their beautiful downtown venue and benefit a great community cause. Tickets going fast, with room for only 250 of our closest friends and fans. Friday, February 9, 6–9p.m. $75. Click here for more info and to buy your tickets now.

The Illusionists Present Adam Trent
Direct from Broadway, Adam Trent, the breakout star of the world’s best-selling magic show, The Illusionists, brings his signature brand of magic and illusion to this 90-minute spectacle. Produced by the same creative team behind The Illusionists brand, Adam Trent’s production is an immersive entertainment extravaganza of magic, comedy, and music perfect for the entire family. Don’t miss the next generation of magic!  6-8p.m.
David A. Straz, Jr. Center for the Performing Arts 1010 N Macinnes Pl

Chris Buck: Magnificent Hurt
Visit the newest exhibition at the Florida Museum of Photographic Arts, Chris Buck: Magnificent Hurt. Photographer Chris Buck’s humorously twisted portraits of pop-culture icons are on view through March 16, 2018. Buck is known for making his subjects uneasy and taking them out of their comfort zones to capture a stranger, more vulnerable side than their fans— or detractors — are accustomed to seeing. 11a.m.-6p.m.
400 N. Ashley Drive Cube 200

Made in Tampa: Selections from the Permanent Collection
Made in Tampa features Tampa-themed works by Robert Rauschenberg, James Rosenquist, Richard Anuszkiewicz, and others who have worked in our city at various times in their careers. Taking its name from an important suite of works created by Rauschenberg in the early years of Graphicstudio at the University of South Florida, Made in Tampa aims to underscore the great diversity of artwork inspired by and produced in Tampa over the last several decades. Artists such as Donald Saff, Theo Wujcik, and others who worked closely with more famous luminaries throughout the 1970s, ‘80s, and ‘90s are also included. Altogether, Made in Tampa features some 40 works across many media, including sculpture, painting, and a wide range of prints. 11:a.m-7p.m
120 W Gasparilla Plaza

Forever Plaid, the Heavenly Musical Hit!
When four young singers are killed in a car crash, they posthumously take the stage for one final gig in this goofy, 1950’s nostalgia trip. This deliciously fun revue is chock-full of classic barbershop quartet harmonies and pitch-perfect melodies!  Singing in close harmony, squabbling boyishly and executing their charmingly outlandish choreography with overzealous precision, the Plaids are a guaranteed smash, with a program of beloved songs that keep audiences rolling in the aisles when they’re not humming along to some of the great nostalgic pop hits of the 1950s. 7:30p.m.-9:30p.m
1010 N W.C. MacInnes Place

Film Bar Monday
Drinks, conversation, and friends. Film Bar Mondays is where the community comes to connect, relax and welcome new folks to the Florida film scene! This event is free and open to everyone. 6p.m.-12a.m.
The Bricks Ybor, 1327 E. 7th Ave 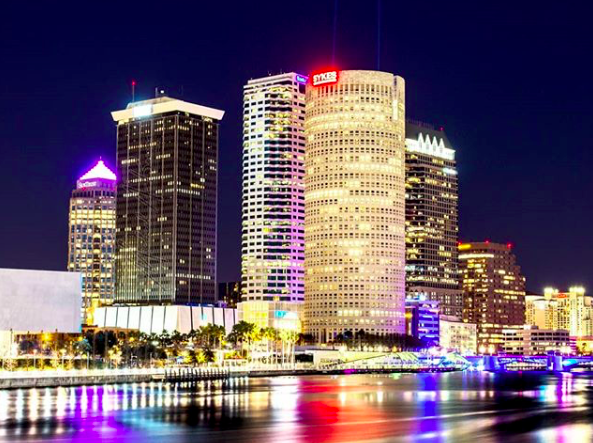 Us the hashtag #sotampa to show us your favorite parts of Tampa!