The Tampa Theatre’s popular “Nightmare on Franklin Street” film series showcases the very best the horror genre has to offer. This year, the event will also include special balcony to backstage ghost tours with paranormal experts. The films being shown range from silly fun, to glorious ‘b’ movie camp, and from quick thrills to the truly terrifying.

A Nightmare on Franklin Street begins on October 21 and runs through October 31. Here’s the full schedule:

Balcony to Backstage Ghost Tour
This historic show will explore the myth of the Lady in White roaming the mezzanine, the spirit of Fink Finley and the Theatre’s reputation as one of the most haunted buildings in town. he 90-minute tour will kick off in the lobby and will feature a special “demon”stration of the Mighty Wurlitzer Theatre Organ. Begins at 2pm. Tickets are $10 for adults and $8 for children ages 2-12.

A Nightmare on Elm Street
Several people are hunted by a cruel serial killer who kills his victims in their dreams. While the survivors are trying to find the reason for being chosen, the murderer won’t lose any chance to kill them as soon as they fall asleep. Film begins at 7:30pm. Tickets are $10.

Friday the 13th
A group of camp counselors is stalked and murdered by an unknown assailant while trying to reopen a summer camp which, years before, was the site of a child’s drowning. Begins at 10pm. Tickets are $10.

The Innocents
A young governess for two children becomes convinced that the house and grounds are haunted. Starts at 2pm. Tickets are $10.

Beetlejuice
A couple of recently deceased ghosts contract the services of a “bio-exorcist” in order to remove the obnoxious new owners of their house. 4:45pm. Tickets are $10.

The Conjuring
Paranormal investigators Ed and Lorraine Warren work to help a family terrorized by a dark presence in their farmhouse. 7:30pm. Tickets are $10.

Hocus Pocus
After three centuries, three witch sisters are resurrected in Salem, Massachusetts on Halloween night, and it is up to two teenagers, a young girl and an immortal cat to put an end to the witches’ reign of terror once and for all. Begins at 2pm. Tickets are $10.

Psycho
A Phoenix secretary embezzles $40,000 from her employer’s client, goes on the run, and checks into a remote motel run by a young man under the domination of his mother. Begins at 4:30pm. Tickets are $10.

Scream
Sidney, attempting to cope with her mother’s mysterious murder, and her horror movie-obsessed friends are stalked by an unknown killer who seems to have a hard time letting the past go. Begins at 7pm. Tickets are $10.

Halloween
On Halloween night of 1963, six-year-old Michael Myers stabbed his sister to death. After sitting in a mental hospital for 15 years, Myers escapes and returns to Haddonfield to kill. Begins at 10pm. Tickets.

The Witch
A family in 1630s New England is torn apart by the forces of witchcraft, black magic and possession. Begins at 7:30pm. Tickets are $10.

It Follows
A young woman is followed by an unknown supernatural force after a sexual encounter. Begins at 10pm. Tickets are $10. 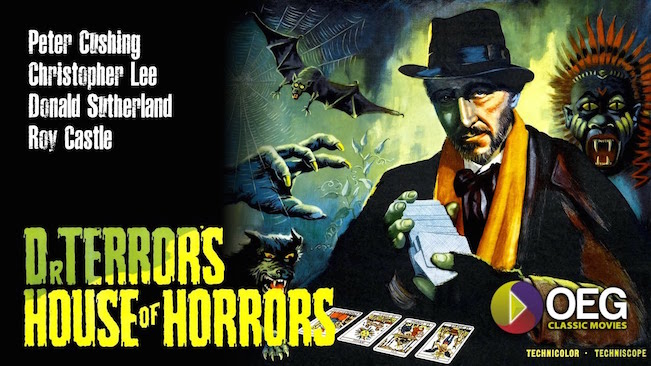 Poltergeist
A family’s home is haunted by a host of ghosts. Begins at 10pm. Tickets are $10.

Tampa Ghost Stories
Local author and storyteller Deborah Frethem takes to Tampa Theatre’s historic stage for an intimate evening of ghost stories and supernatural tales from around the Bay area. Following the performance, Frethem will sign copies of her books, including Haunted Ybor City, Ghost Stories of St. Petersburg and Haunted Tampa: Spirits of the Bay, with sales benefitting Tampa Theatre’s ongoing preservation and restoration efforts. Begins at 7:30pm. Tickets for this special “A Nightmare on Franklin Street” live storytelling event are $10 for general admission and FREE for Tampa Theatre Members. 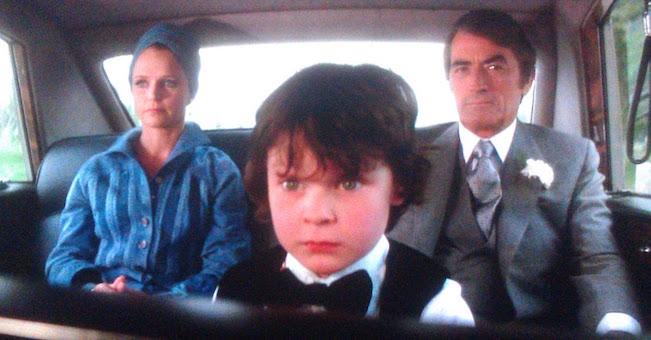 The Omen
Mysterious deaths surround an American ambassador. Could the child that he is raising actually be the Antichrist? The Devil’s own son? Begins at 10pm. Tickets are $10.

Shock Treatment
Janet and Brad become contestants on a game show … but wind up as captives instead. Begins at 7:30pm. Tickets are $10. 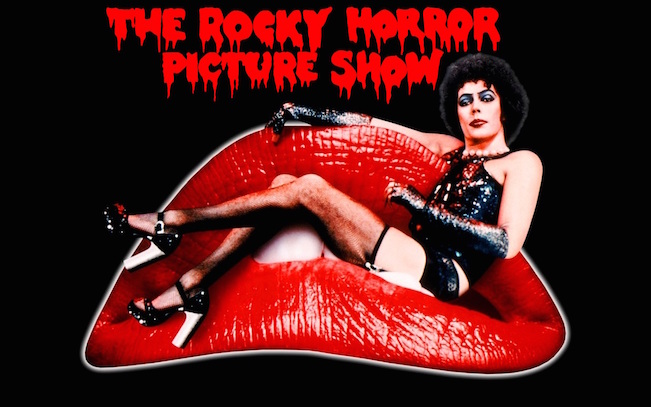 The Rocky Horror Picture Show
A newly engaged couple have a breakdown in an isolated area and must pay a call to the bizarre residence of Dr. Frank-N-Furter. Begins at 11pm. Tickets are $10. 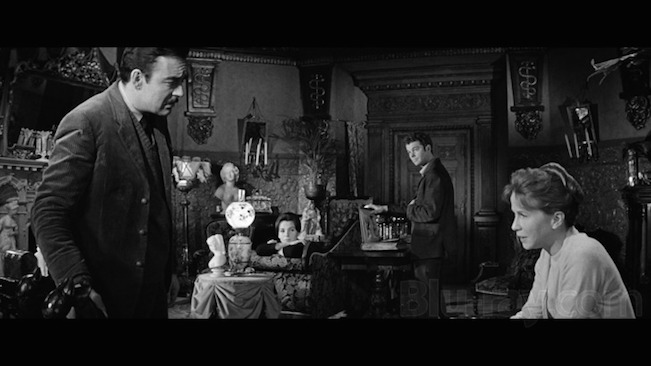 The Haunting
A scientist doing research on the paranormal invites two women to a haunted mansion. One of the participants soon starts losing her mind. Begins at 6pm. Tickets are $10.

Late-Night Lights-Off Paranormal Investigation
In 1965, Tampa Theatre’s projectionist Foster “Fink” Finley died after 35 years of service to his beloved movie palace. Strange occurrences have been reported in and around the projection booth ever since – an unexplained tap on the shoulder, doors opening and closing, shadows passing through the room, and the lingering smell of lilac aftershave… Foster’s favorite. But Fink isn’t the only spirit suspected of haunting the Theatre’s historic halls. Join Tampa Theatre as they partner with experts from Genesis Paranormal Services and GhostStop to bring you an evening of lights-off investigation into the building’s five most common supernatural claims. Begins at 9pm. Tickets are $60 for general admission and $50 for Tampa Theatre Members at the box office or online (service fees apply). 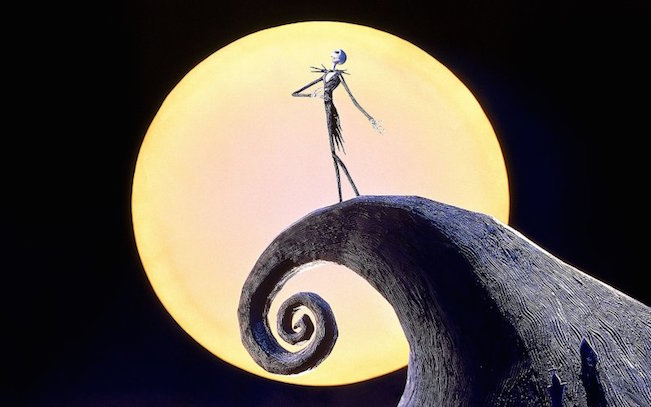 A Nightmare Before Christmas
Jack Skellington, king of Halloween Town, discovers Christmas Town, but doesn’t quite understand the concept. Begins at 2:30pm. Tickets are $10.

Carrie
Carrie White, a shy, friendless 17 year-old girl who is sheltered by her domineering, religious mother, unleashes her telekinetic powers after being humiliated by her classmates at her senior prom. Begins at 5pm. Tickets are $10. 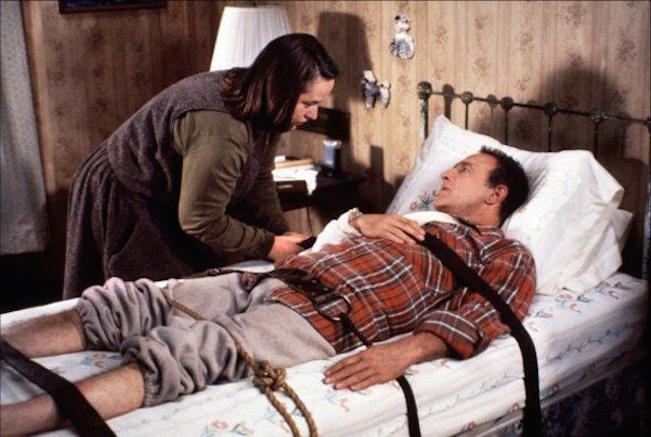 Misery
After a famous author is rescued from a car crash by a fan of his novels, he comes to realize that the care he is receiving is only the beginning of a nightmare of captivity and abuse. 7:30pm. Tickets are $10.

Creepshow
An anthology which tells five terrifying tales based on the E.C. horror comic books of the 1950s. Begins at 10pm. Tickets are $10. 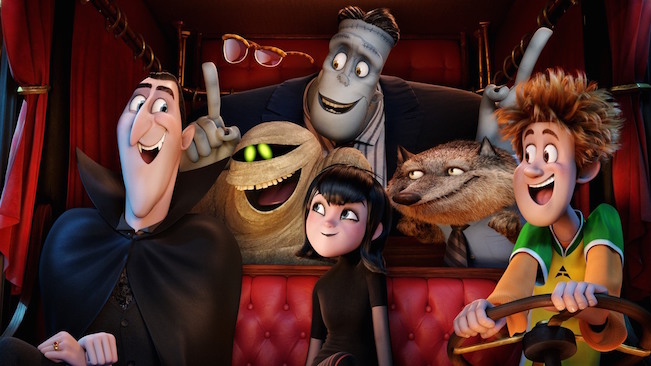 Hotel Transylvania
Dracula, who operates a high-end resort away from the human world, goes into overprotective mode when a boy discovers the resort and falls for the count’s teen-aged daughter. Begins at 10am. Tickets are $10.

I Drink Your Blood
A group of hippies wreak havoc on a small town and a young boy, whose grandfather and sister were attacked by them, decides to get even, with deadly results. Begins at 7:30pm. Tickets are $10.