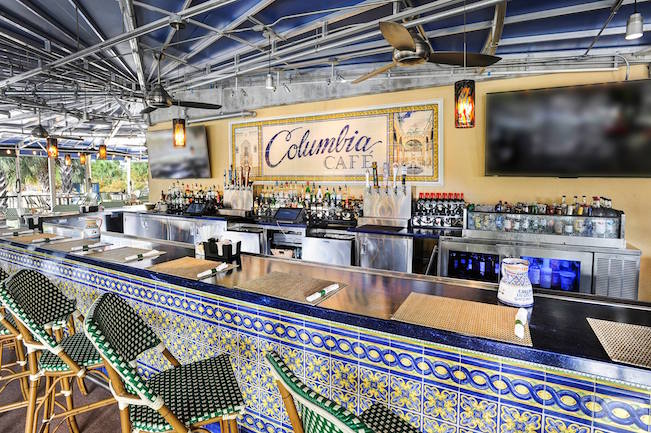 Richard Gonzmart is a local visionary whose legacy is tied to the iconic Columbia Restaurant, Florida’s oldest restaurant. He followed the historic success of Columbia with Ulele, a rustic-chic site serving native Floridian fare and house-brewed beers) in Tampa Heights. Gonzmart’s unrelenting ambition pushed him to then bring back Goody Goody, a burger joint serving famous butterscotch pie and hearty burgers, to its former glory. Gonzmart is a semifinalist in the Outstanding Restauranteur category.

Rooster & the Till co-owner/chef redefined the local restaurant scene

Ferrell Alvarez is the co-owner and executive chef of the Seminole Heights hotspot Rooster & the Till. Alvarez’s eclectic menu offers something new for even the most seasoned foodie. Their toast is made extraordinary with Za’atar eggplant, whipped bleu cheese and cipollini agrodolce. Their dessert offerings include chamomile custard honey meringue, hazelnut candied oats, mocha custard and lemon verbena blueberry jam lemon curd poppy froyo.

The restaurant concept invites diners to excite their palates with a little bit of everything. One shareable dish consists of BBQ pork neck, seared sea scallops, corn veloute, blackened onions and pork fat potatoes. You can view a full menu on their website. Alvarez’s next concept, a food/drink/entertainment development called the Nebraska Mini Mart will further infuse the Seminole Heights neighborhood with energy. The mini mart will offer global street fare, a dog- and family-friendly park area, along with shuffleboard and bocce courts.

Second year in a row Tampa restaurants make the list

The chefs, restauranteurs and sommeliers of Tampa are no strangers to local and national acclaim. This year’s nominations mark the second straight year Tampa has been represented among the restaurant elite. Last year, Bern’s Steakhouse won for Outstanding Wine Program.

*Article by Andrew Harlan (andrew@rkc.me), writer/editor of That’s So Tampa