Competition in the Tampa grocery scene continues to escalate. Sprouts, the ever popular farmers market, announced plans for its third area location, in addition to stores in Winter Park and Naples.

We’re ramping up expansion efforts based on the strong performance of our Tampa and Sarasota stores, and positive customer response to the affordable fresh and natural products across the entire store.

Opening in the first quarter of 2018

Located at 3309 Lithia Pinecrest Road, the new Sprouts will service hungry and curious residents in the Valrico area of Hillsborough County. Its set to open in the first quarter of 2018.

Sprouts is dedicated to growing responsibly and has committed to a “Zero Waste” threshold by 2020, as defined by the U.S. Environmental Protection Agency. The Sprouts Food Rescue program donates unsold and edible groceries, including fresh produce, from its stores and distribution centers to food banks in all of its markets.

Sprouts has donated more than 130,000 lbs of food to local food banks

Since February, Sprouts stores in Florida have donated more than 130,000 pounds of food to Feeding Tampa Bay and All Faiths Food Bank. Food that is not fit for human consumption is either composted or sent to cattle ranches through Sprouts’ Food Waste to Farms program.

Sprouts began in Arizona back in 2002. Today, there are 250+ Sprouts spread across the U.S.. Frequent customers praise their meat and seafood counters — both take advantage of the meals-to-go trend that has come to define the grocery scene in the area. 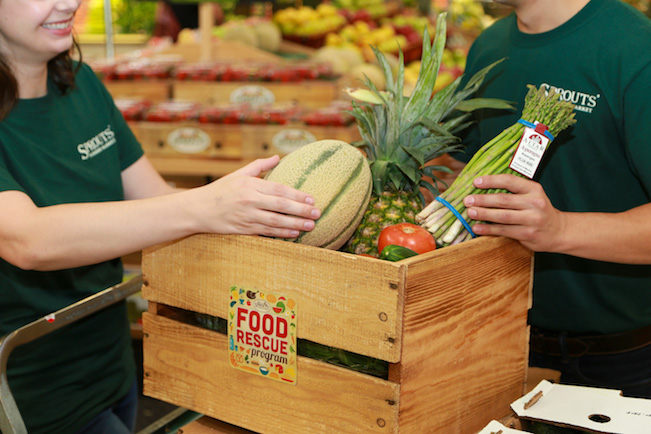 Mix of healthy and sweet snacks for customers on the go

Keep up with all Sprouts announcements, including details on their planned Sarasota location, by following the grocery giant on Facebook and its website.