Tampa Bay sports community is more energized than ever before. In 2018, Amalie Arena will host the NHL All-Star Game, and in 2021 Raymond James Stadium will once again host the Super Bowl. But those are months and years away — what we’re looking forward to is happening in just a short few weeks.

This season, the Tampa Bay Rowdies made the transition from the NASL to the USL, with a potential jump to Major League Soccer in the franchise’s future. The switch has already proved successful for the team as the green and gold warriors clinched not only a playoff berth, but also home-field advantage in the first round.

You got us to the playoffs, now we need you to cheer us on to the Cup. This is our year! We’re going to bring home the championship and we need our fans with us all the way.

In celebration of the team’s success, the Rowdies debuted a new pop up team store at the Sundial in downtown St. Pete. It’s the new hotspot to gear up for the unpredictable journey to the USL Cup. 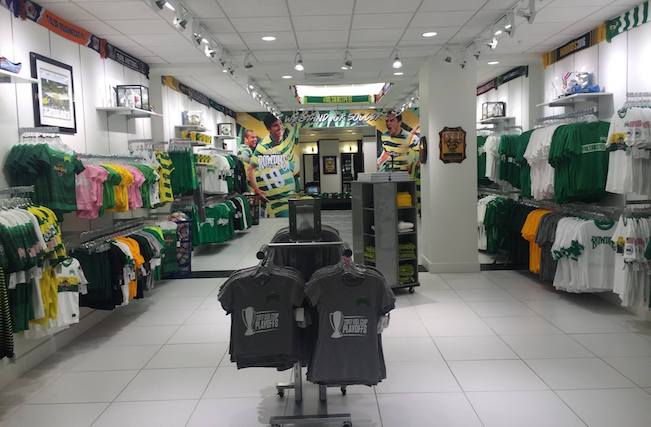 The quarter final match takes place on Saturday, October 21 at Al Lang Stadium in St. Pete. Tickets are currently on sale and can be purchased online or by calling 727.222.2000.

The Rowdies are no strangers to championship glory — they took home the NASL Cup back in 2012. They’re primed to make a run for the USL cup with a solid win-loss record of 14-7. Hoisting up the cup at the end of the year could help to open some eyes in the MLS as they consider multiple pitches for expansion teams. 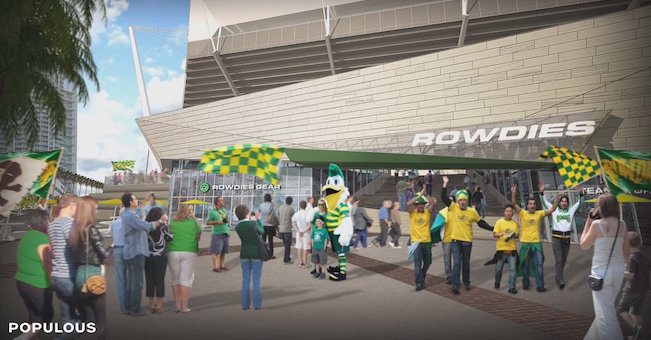 The Rowdies were the first pro sport franchise in Tampa Bay and over the course of 41 years have brought thrills, fun and TWO North American Soccer League titles to the area. Back in December of 2016, the Tampa Bay Rowdies unveiled a campaign to generate local support to show Major League Soccer that the Rowdies are ready to be the next expansion team. This plan includes a privately funded renovation and expansion for Al Lang Stadium.

The expansion of Al Lang will provide the public with a multi-use venue designed for sporting events, festivals and concerts, while allowing for the long term success of the Rowdies. All updates will operate in harmony with the Mahaffey Theater, the Dali Museum, Saturday Morning Market and Firestone Grand Prix.