Hey @thesoccerdon, we made sure to leave you a copy of our @MLS Expansion Application! (Plus a couple of fresh Florida oranges)#MLS2StPete pic.twitter.com/dToBJZ9Dnf

The Tampa Bay Rowdies have gone all in on their push to join Major League Soccer as an expansion team. Bill Edwards and fellow Rowdies executive arrived in New York this week to deliver their pitch for the current USL squad.

Last week, the Rowdies made waves locally and nationally with their #MLS2STPETE ad in Times Square, which continues to illuminate New York with brilliant hues of green and gold. Edwards and crew brought crates of Florida oranges and a turf bound packet of info for MLS officials to consider. Pete the Pelican, the Rowdies energetic mascot, joined the team to help spread sunshine in the northeast and, hopefully, secure a spot for the Rowdies in Major League Soccer. 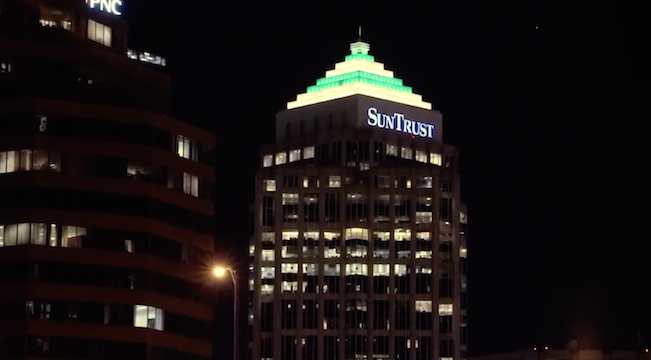 Recently, the Rowdies and the City of Tampa teamed up to add green and gold lights to the top of the Sun Trust building downtown. Residents shouldn’t be surprised to find #MLS2STPETE magnets and stickers all over town as the team continues to surge toward their ultimate goal of joining MLS. If they are successful, that would mean Tampa Bay is home to MLB, NFL, NHL, ABA and MLS teams. The combination is sure to have a major economic impact on the area.

With the hopeful transition to the MLS comes a major update to the Rowdies stadium.

On Tuesday, December 6 the Tampa Bay Rowdies unveiled a campaign to generate local support to show Major League Soccer that the Rowdies are ready to be the next expansion team. This plan includes a privately funded renovation and expansion for Al Lang Stadium in St. Pete.

The Rowdies were the first pro sport franchise in Tampa Bay

. . . and over the course of 41 years have brought thrills, fun and TWO North American Soccer League titles to the area. “This move will bring national and international exposure to St. Petersburg, while also boosting tourism in the area. Bringing Major League Soccer to St. Petersburg will be a great economic driver for the entire region, and will serve as another platform to unify fans on both sides of the bay,” said Rowdies Chairman and CEO Bill Edwards.

The expansion of Al Lang will provide the public with an expanded multi-use venue for sporting events, festivals and concerts 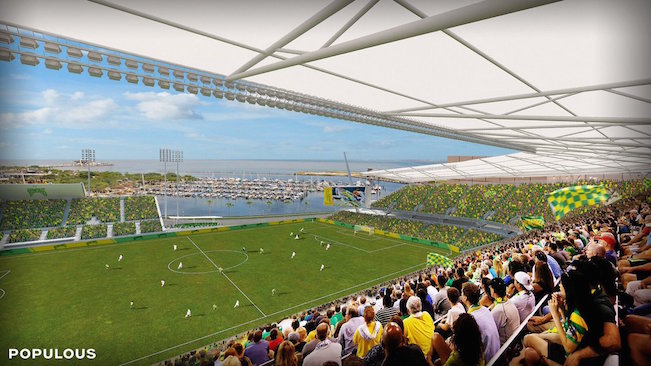 The expansion will also create a waterfront view corridor from the stadium seats east into the bay. Most importantly, the expansion will be built on the existing site and not protrude into the surrounding streets or water. 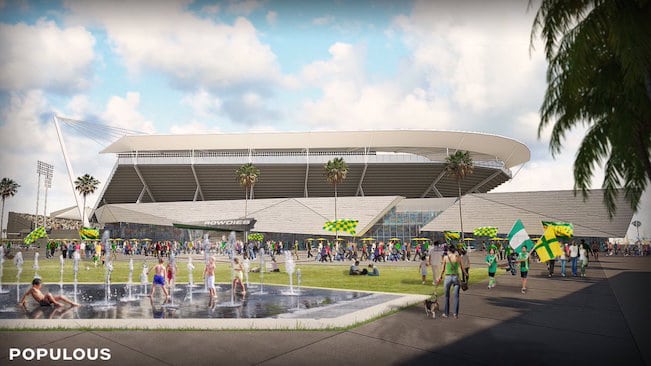 “Major League Soccer has met with Bill Edwards and is aware of the Rowdies’ campaign to bring an MLS expansion team to the Tampa/St. Petersburg market.”

. . . said MLS Executive Vice President Dan Courtemanche. “There is a rich tradition of professional soccer in the area dating back more than 40 years, and we are impressed with their vision and plans for a world-class soccer stadium on the downtown waterfront in St. Petersburg. We look forward to learning more about their plans in the coming months.”