When you live in the Tampa Bay area, you’re bound to spend most of your free time outdoors. While we live in a place prone to copious amounts of sunshine, the rain eventually finds its way to our city. There’s also the fact that during the late spring months and all summer long the heat can be unbearable.

So, while we love exploring the waters of Tampa and taking luxurious runs on Bayshore, sometimes you just have to play inside where there’s air conditioning. Here’s our look at a few local gems perfect for an excursion when the weather just isn’t on Tampa’s side. 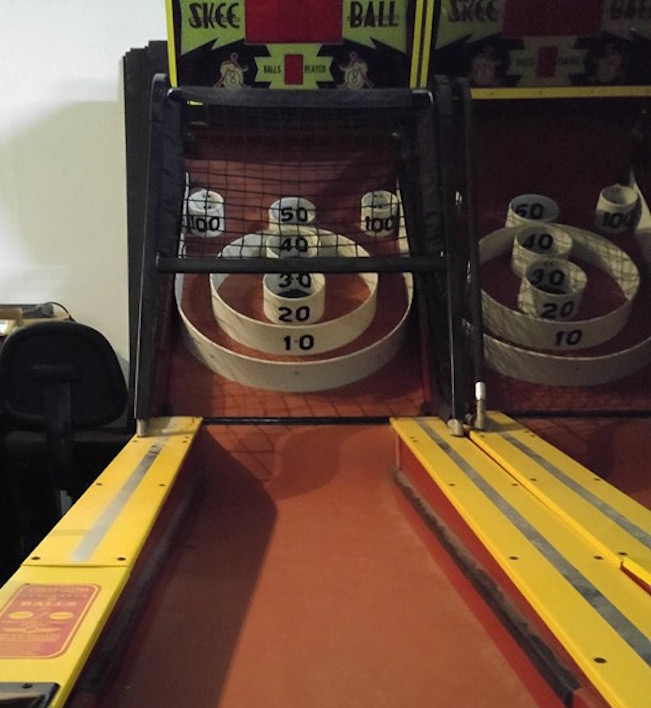 This arcade and tavern in historic Lowry Park is aglow with neon lights and buzzes with the 8-bit beats that send your imagination into overdrive. Street Fighter II, Ms. Pac-Man, Donkey Kong, Tales From The Crypt pinball, skee ball, Strike Master Bowling and more staples from the golden era of arcades ornament the space.

Before you even enter the business, a large mural will affix your gaze. Artist Brad Marshall Wilson recently finished a black and white mural featuring the 8-bit heroes and villains you’ve probably spent a quest or two with. 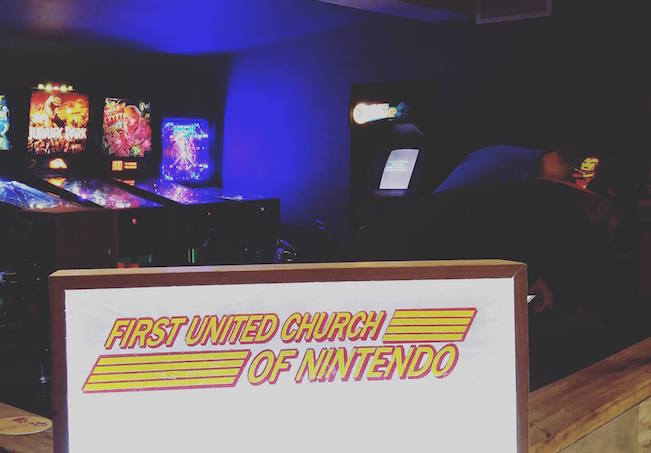 Weekly events cater to those looking to get their game on

The space is also known for hosting some of the best game nights in the city. In the past, Parcade has put on an Operation game night, a night solely focuses on the games for the original SEGA and an 8-Bit Night. On certain occasions, they have even offered free play nights on their machines.

The Church of Nintendo has helped uncover our community’s desire to reconnect with the games we played in our formative years. The pixelated castles, topsy-turvy environments and old school RPG icons imbue players with an unmatched feeling zen . . . or intensity, depending on which game you’re playing and who you’re playing with. 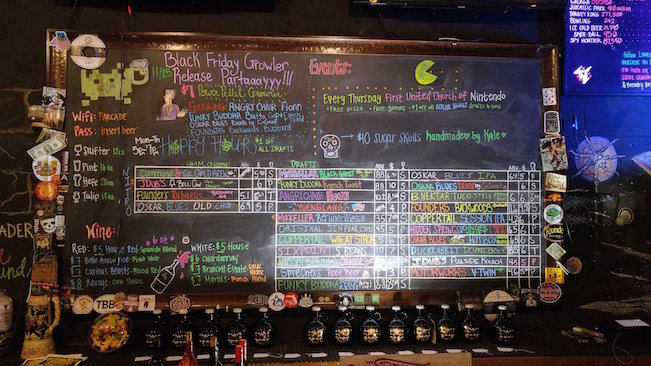 One year in, business has endeared itself to the community

It’s no surprise that in less than a year’s time this business has endeared itself to the community as a bastion of entertainment. Parcade celebrates their one year milestone on Saturday, April 8. In honor of the occasion they’ll be offering special tappings, all cabs will be set to either one quarter or free play and live music by Credit:0.

Lowry Parcade also features a solid list of craft brews on a regular basis to keep you in the gaming spirit. Visit them and get your game one from 5pm-1am, Monday through Thursday,  and 5pm-3am, Friday through Sunday.