March is Bike Month in the state of Florida. You’re hard-pressed to stroll along the Riverwalk and Bayshore Boulevard or journey downtown and beyond to Hyde Park without encountering a group of cyclists, courtesy of Coast Bike Share.

This city’s bike share program further connects residents to Tampa’s surging small business and foodie scenes. Earlier in 2017, the FDOT announced that Jackson Street — from Ashley Drive to Nebraska Avenue — will be home to their first-ever protected bike lane. 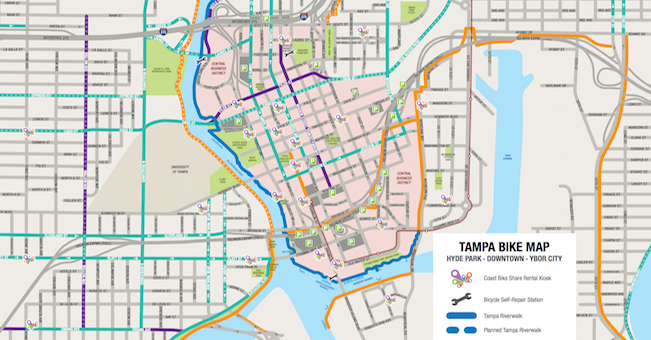 There are also plans to make Bayshore Boulevard cyclist- and pedestrian-friendly. Plans include reduced speed limits and a buffered bike lane along the scenic stretch. 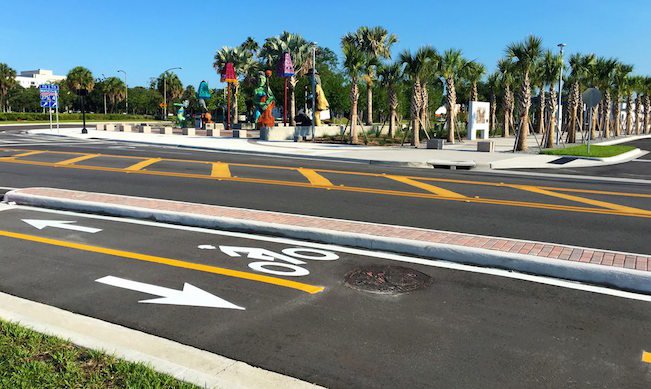 People For Bikes praised Tampa’s first protected bike lane on Cass Street — the site named it one of the best new bike lanes in the country. The lane stretches from Villa Brothers Park to Nebraska Avenue. Its addition to Cass Street was complemented by the road’s conversion from a one-way to two-way road.

The lane is slated to grow further this year. Current plans for the lane have it connecting North Hyde Park to the V.M. Ybor Neighborhood. 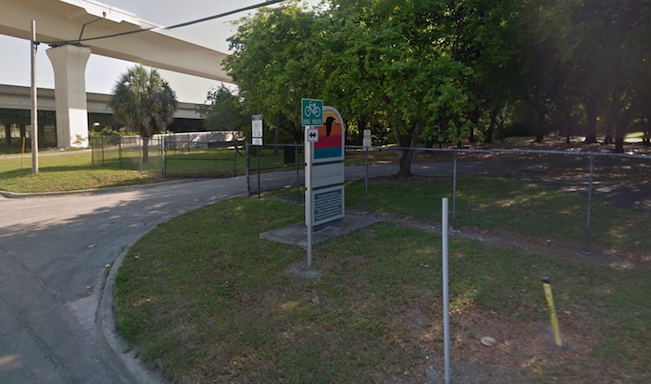 Explore beyond downtown on greenways

Riders looking to venture outside of the city can enjoy some of Tampa’s fantastic trails and greenways. McKay Bay Greenway (134 North 34th Street) offers a 1.25-mile multi-use path through the national avian sanctuary. Visitors can follow the trail to a boardwalk that leads up to an observation tower.

The Selmon Greenway is a 1.7-mile multi-use trail that runs along the Lee Roy Selmon Expressway through downtown, connecting Ybor City and the Channel District to the Tampa Riverwalk and Bayshore Boulevard.

Ride from Tampa to Clearwater on one trail

You can find a detailed list and map of our local bike lanes/trails on the City Government’s website.