Tampa, you are incredible. Thank you for your hospitality and love of college football. #NationalChampionship pic.twitter.com/dgBdEBec9K

The lights and buzz of the College Football Playoff brought our city to a whole new level. Usher, Lil John, Cold War Kids and Gavin DeGraw performed free shows on a massive stage at Curtis Hixon Park. Uber, along with several public transportation options, provided free rides to visitors looking to experience everything that was happening from Ybor to Channelside and the core downtown area. 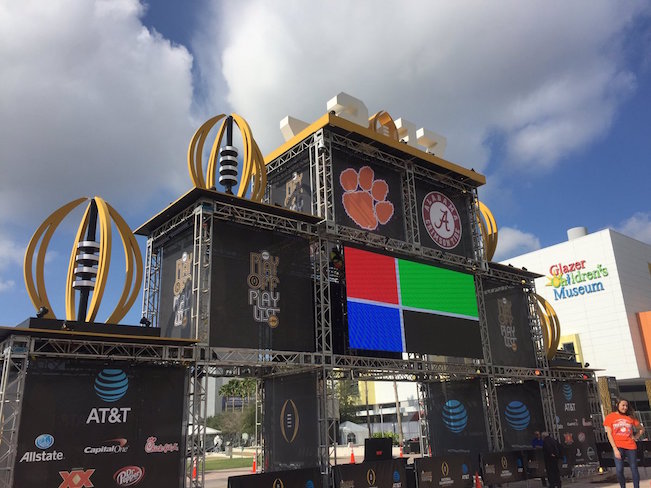 A lavish yacht village formed behind the bustling Tampa Convention Center, which housed fan central.  The Dos Equis helicopter set up camp along the Tampa Riverwalk — our new pedestrian/cyclist friendly stretch was outfitted with flags and markers to help event attendees get where they needed to go. Years of planning and prepping helped Tampa stylishly and efficiently play the role of host for the National Championship game.

The economic impact the event had on our city, from sold out hotels to packed restaurants, is immeasurable. Riding the success of this year’s festivities the city now refocuses its energy on becomin the first city to host the national championship game twice. The next available bid is for the year 2021. To help drum up excitement for the potential bid Team Tampa Bay created cfpfirstsecond.com. The website features photos from this year’s event — the game itself broke Raymond James Stadium’s attendance record — and a message: 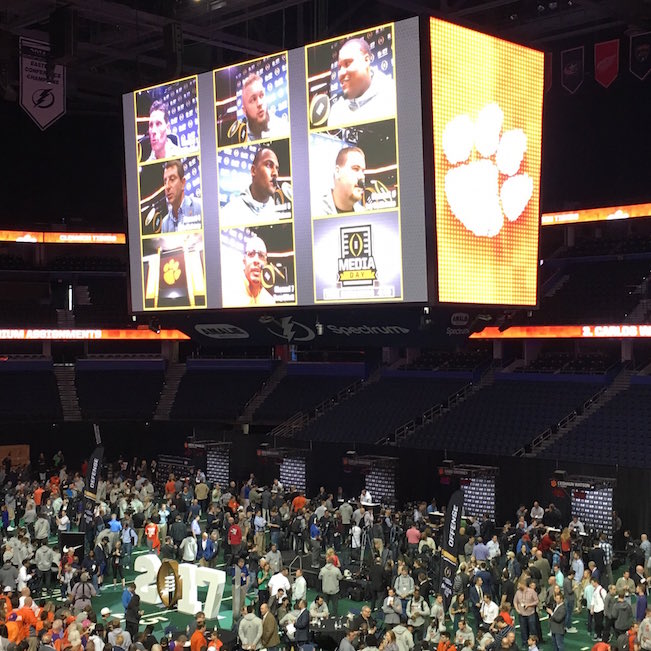 SB Nation further lauded Tampa’s efforts to leave an indelible mark on the sport’s world. They praised Tampa’s walkability, red carpet rollout from hotels in the area and the community’s full-fledged support of the events populating our waterfront area.

Our city served as the host of 4 Superbowls, a NCAAW Basketball Final Four, a Stanley Cup Final, the NCAA Frozen Four and the 2012 RNC. Tampa’s emergence as a major sports destination seems natural. We are, of course, home to ESPN’s top franchise in all of sports.

What’s next for Tampa? Raymond James Stadium is currently gearing up for the return of the CONCACAF Gold Cup.