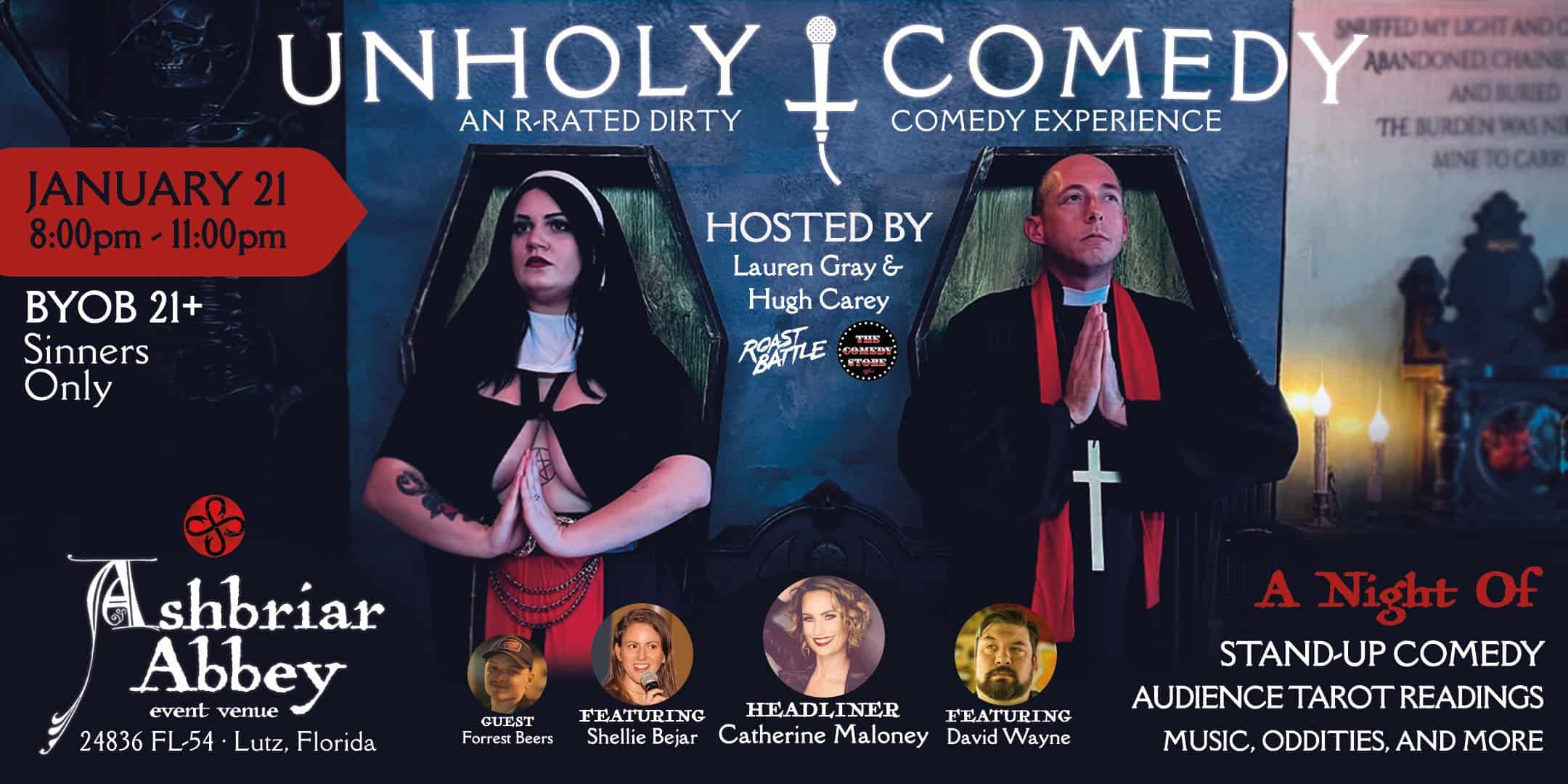 Unholy Comedy Show – an immersive night of stand-up comedy, audience tarot readings, music, oddities, and more IS BACK at Tampa’s new Gothic themed event venue, Ashbriar Abbey, located at Alchemy & Ashes in Lutz. Expect sinful stand-up comedy along with a dip into divination as your hosts Lauren Gray and Hugh Carey lightheartedly provide audience tarot readings between comedy sets from some of Florida’s top comedians. Guests are encouraged to shop, take pictures, and meander through the magical museum of oddities of the space before and after the show.
*21+ BYOB
**This is a limited seated engagement and sells out quickly