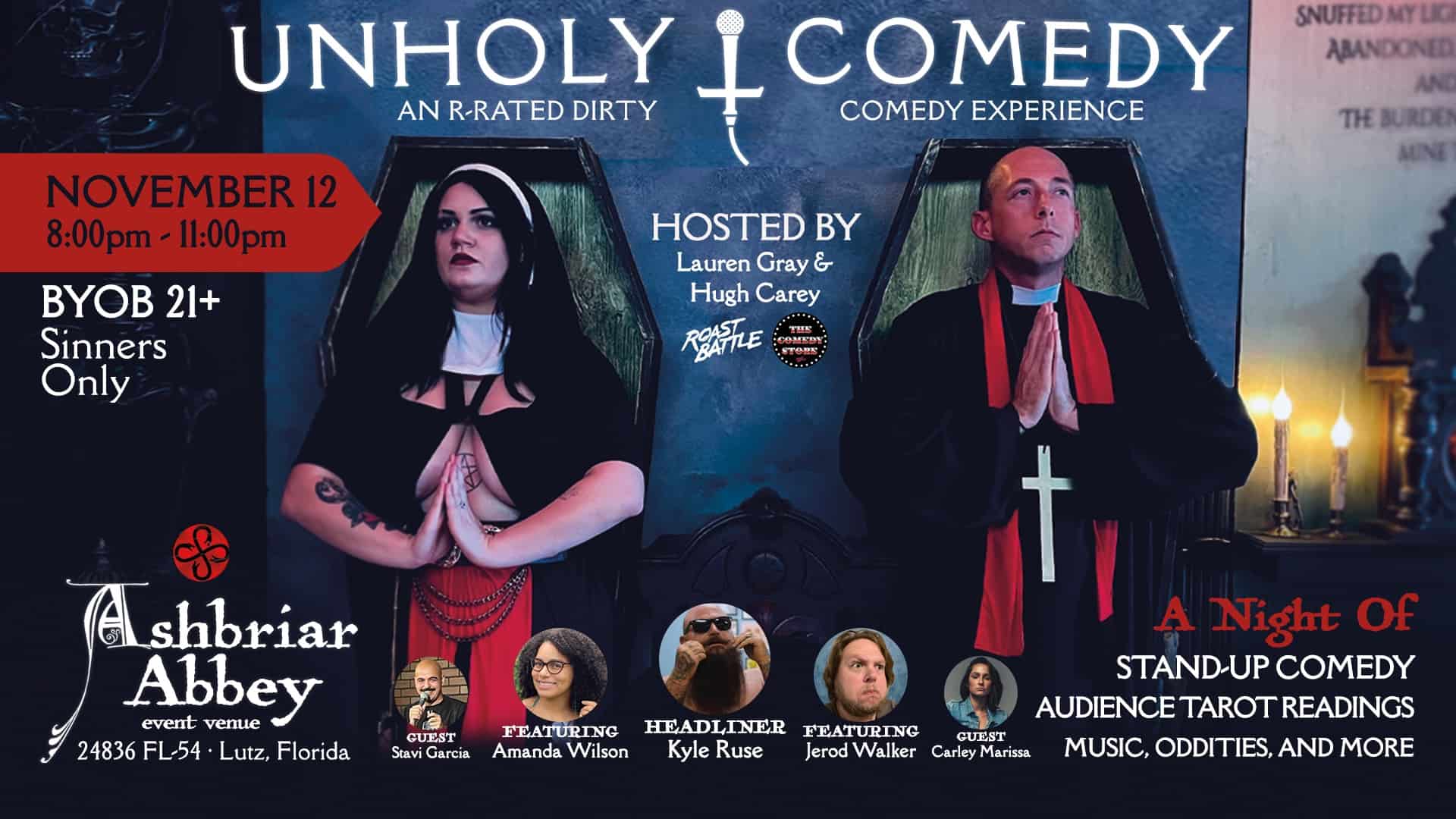 Unholy Comedy Show IS BACK for November with an all new lineup of comics, tarot readings, punishments for your most sultry sins and more. Last month’s show sold out and this one will too!

TICKETS MUST BE PURCHASED ON EVENTBRITE TO ENTER: https://www.eventbrite.com/e/unholy-comedy-show-tickets-448657696247

WHAT IS UNHOLY COMEDY?

Hosted by comedians Hugh Carey and Lauren Gray (who’ve recently performed at The Roast Battle at The Comedy Store in LA) have formulated an unusual, but outrageously fun comedy experience utilizing the beautifully dark aesthetics of Ashbriar Abbey. Guests can expect R-Rated and dark stand up comedy sets, devilish priests and nuns, and a dip into the occult as your hosts lightheartedly provide tarot readings between comedy sets. Lucky and willing participants may even be punished for some of their most juicy sins.

Sinners brave enough to venture out to this limited seating event will be escorted in by the comedians dressed as unholy priests and nuns, ushered through the purgatory foyer, and released into the Ashbriar Abbey proper for the show.

Come meander the elaborate museum of mystical oddities found within the corridors of the space before and after the show, snap some selfies, sit for a spell, and be prepared for a night of sinful fun.

Guests are encouraged to BYOB, dress up, come early and stay late to take pictures in the beautifully gothic Ashbriar Abbey. Guest may also shop in the adjacent parlor of magical curiosities, Alchemy & Ashes – a metaphysical store with everything from candles, crystals and tarot as well as carefully curated aesthetic oddities.

YOUR PERFORMERS THIS MONTH:

• Headlining this month’s show: Kyle Ruse (As seen at The Comedy Store’s Roast Battle, Funny Or Die, Side Splitters, and Co-Producer of the Hot Mess Show)