UNDead in the Water 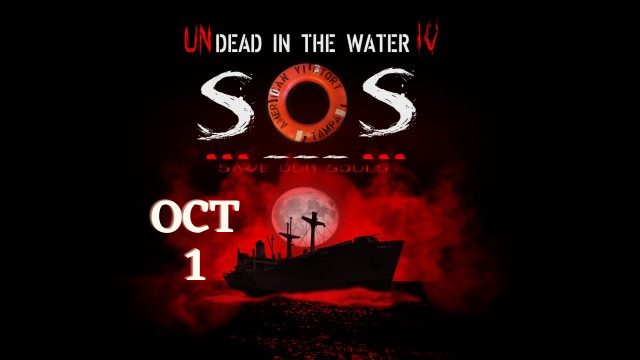 NOW AT SPARKMAN WHARF!
In its fourth iteration, a new UNDead in the Water theme threatens passengers across 60,000 square feet of cavernous cargo holds and open-air decks.
Red skies in the morning, sailors take warning.
The American Victory Ship has drifted back to Tampa after a violent hurricane blew the vessel off course and a powerful electric charge enveloped the ship in the Bermuda Triangle . Frantic communications for the first few hours then led to an eerie silence. 15 corpses were found in a gutted lifeboat and a third of the crew is unaccounted for.
The remaining sailors tell horrific stories of a cryptic female apparition who calls to them.
Who is she and what does she want?
+ Google Calendar+ iCal Export