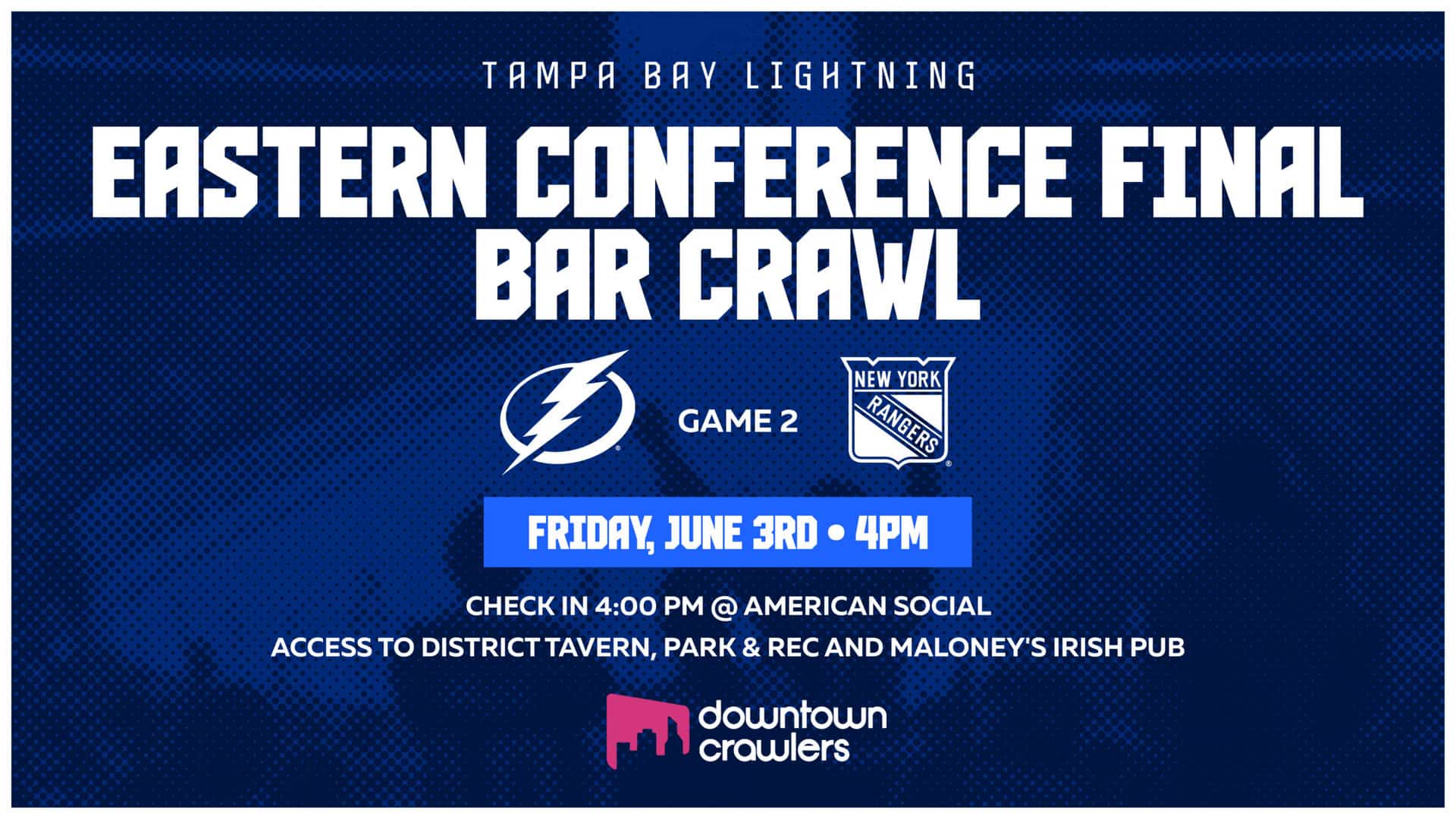 The Tampa Bay Lightning are back in the Stanley Cup Finals for the 3rd year in a row. The Lightning will try to Three-Peat and keep the Cup in the Bay vs the Colorado Avalanche.

Game 5 will be Saturday 6/24 at 8pm. We have partnered up with the Tampa Bay Lightning and Bud Light to bring you a pre game bar crawl starting at American Social. Then you can make your way to a couple other bars as you head over to Amalie Arena for the watch party. There will be 2 ticket options for you to choose from. Inside Amalie Arena you’ll get game like atmosphere and will be able to watch the game on the Jumbotron. After the game there will be an after party at Park & Rec. Come out as we will “TURN DOWNTOWN BLUE” and show how much we want to keep the Cup in the Bay aka Champa Bay.

We could think of nothing better for us fans as to get together, have some drinks, play games, listen to music and Bar Crawl around Downtown Tampa .
Thanks to the Tampa Bay Lightning we will have plenty of Lightning swag and signed Lightning Gear to giveaway.

We have multiple bars ready and waiting for you to have a fun day exploring downtown Tampa’s best bars and attending the Game 5 watch party at Amalie Arena.

You’ll be able to check-in between 5pm-8pm . From there you can go visit each bar as you please for as long as you like. There are multiple ways to get around Downtown Tampa and from bar to bar. (Scooters, Bikes, Walk, Trolley, Downtowner, Uber, Lyft)

WHAT TO DO NEXT?
Get your ticket. Share with your friends. Bring your crew and wear your Lightning gear. Press the Playoff button and let the good times crawl.
Thanks to our friends at Hopr and Coast Bikes. Each participant will receive a $10 promo code to use on bikes that are stationed all over Downtown Tampa.
Let us take care of your weekend entertainment needs.

See you there!
Your Crawler Team