Hymn For Her at Ella’s Americana Folk Art Cafe 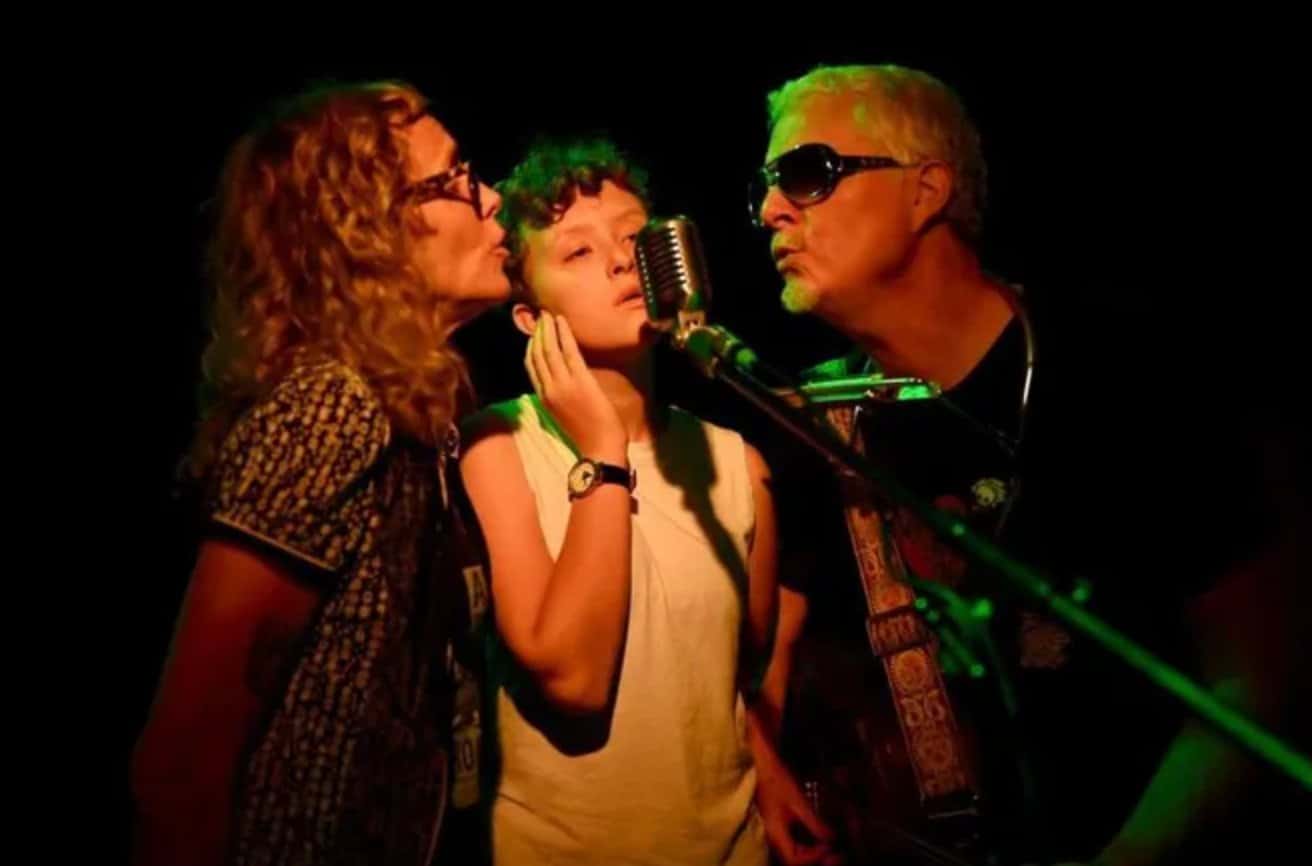 Hymn for Her have been busy touring across the country and abroad over the past few years, injecting juiced-up backwoods country blues with a dose of desert rock psychedelia that has been described as “Hell’s Angels meets the Amish,” and “Hillbillies with electronics opening Pandora’s Box”
In June 2019, H4H hit the road on an extended tour of the US and Europe.
In June 2018, H4H flew overseas for an extended tour of the UK/Europe. Returning to America in September, Hymn For Her smash through the highway guardrails and land in a carnival on a hot air balloon. Float away with them on their new release, ‘Pop-N-Downers’, recorded with Vance Powell & mastered by Richard Dodd. Official Release Date: Oct 5, 2018.
In the spring & summer of 2016, they toured Europe and the UK. They returned to the States in the fall to promote their summer release, “Drive Til U Die” recorded partially in their Bambi Airstream and partially in studios with some excellent engineers/producers. (Vance Powell, Mitch Easter & Jim Diamond).
In 2017, they returned to the UK and Europe playing many festivals, including Glastonbury, to promote “Drive Til U Die” to their overseas audience.They recorded their 2nd album, “Hymn for Her Presents . . . Lucy and Wayne and the Amairican Stream”, in their vintage 1961 Bambi Airstream trailer at locations stretching from Philadelphia to Malibu on a three-month tour.
For their 3rd release, “Hymn for Her Presents . . . Lucy and Wayne’s Smokin Flames”, the twosome kicked it into high gear. They traveled to Ghetto Recorders/Detroit to work with Jim Diamond. They recorded live & mixed 12 original songs in just one week.
The duo certainly covers a lot of musical territory in Smokin Flames. Their wild-eyed mash-up of country, blues and punk led U.K. music critic Steve Bennett to call H4H’s sound “a riotous, rocking roadkill stew,” while others have referenced such diverse bands as Captain Beefheart, Primus, X, R.L. Burnside, JS Blues Explosion and the Ramones.
Impressively, the two create their “ripsaw sounds” (Los Angeles Times’ Randy Lewis) with only a few instruments. Wayne (with the devilish voice), mainly playing the kick-drum, high-hat, acoustic guitar and harp, serves as the group’s rhythmic driving force. Lucy (of the fallen-angel voice) delivers a gritty squall on her “Lowebow” — a custom-made cigar-box guitar: “The Riff Monster.”
Catch this duo as they burn down the highway and tear up your town like a Wichita twister.
Advertisement