Tampa is growing and so are its local sports franchises. On April 12, the Tamp Bay Buccaneers revealed renderings for renovations at Raymond James Stadium. The team can’t change the dimensions on the field, but they can expand the significant areas surrounding it. 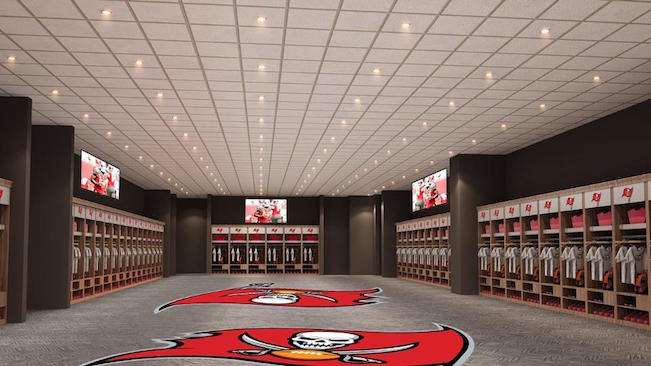 Tripling the size of the home locker room

The Bucs will triple the size of their locker room to 18,700 sq. ft. “I think the players and coaches will be very excited by this,” said Buccaneers Head Coach Dirk Koetter in a release. “We were cramped on game day. The players get there way, way before kickoff. They like to stretch, they like to move around, they like to relax in the locker room before the game.”

Renovations also include a brand new 60,000 sq. ft. West Stadium Club. Additional new amenities will include 26-foot by 15-foot video walls at each end of the Club and four additional smaller video walls to be positioned over two centrally-located bar spaces. Plans also call for the installation of 178 new 4K video displays throughout the Club. 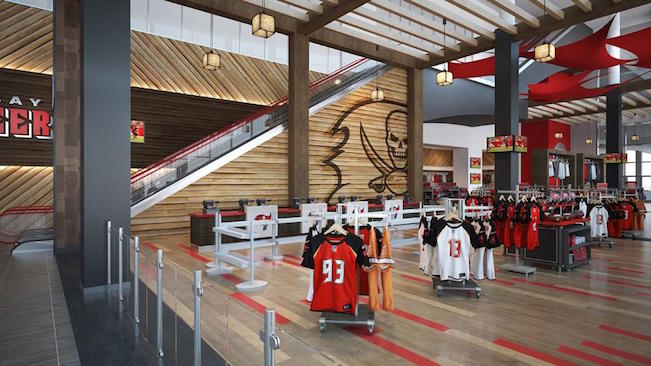 Super fans will be delighted to discover plans for a 10,000 sq. ft. retail store at Raymond James Stadium. The team store will be open year-round in the West Atrium. Adding to RJS’s allure as a premier spot to enjoy football, a concert, or just a fun afternoon in the city is the expanded Hall of Fame Club North, which will have 100 more seats.

“These are exciting times for our organization, both on and off the field,” said Buccaneers Chief Operating Officer Brian Ford in a release. “The redesigned West Stadium Club will be a game-changer for our fans that are looking for the best views of the action along with the comfort of an air-conditioned lounge. The new team store will also be a great destination for our fans looking for exclusive merchandise that they won’t find anywhere else.” 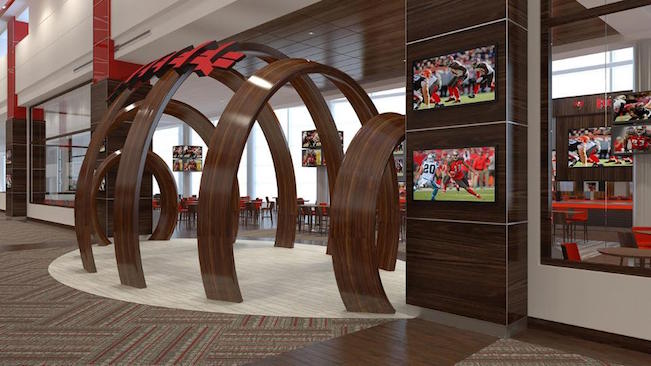 Fans who can’t wait for the Bucs upcoming season this fall can visit their website for schedule and ticket information. The team ended the 2016-2017 season with a solid 9-7 record. Each year, the Bucs progress and grow as a unit. With teams like the New England Patriots and the Atlanta Falcons set to collide with Tampa at RJS, fans are in for a wild fall.