Featuring counter-service seafood and sandwiches, the award-winning Big Ray’s Fish Camp has a story steeped in Tampa history and seasoned with big Florida flavor. Big Ray’s operates out of its original location at 6116 Interbay Boulevard, and in a second location on the Tampa Riverwalk.

As a kid growing up in Tampa, Nick Cruz would spend summer mornings fishing with his grandfather at Ballast point, and then spend afternoons and evenings in the kitchen cooking with his sister, mother and grandmother. As an adult, Cruz has taken that appreciation for fresh catch and flavorful food and opened a restaurant for the community he grew up in – Big Ray’s Fish Camp.

Specializing in seafood and sandwiches – especially grouper and shrimp dishes with big-time flavor – Big Ray’s has now been open nearly seven years. Named for Cruz’s father and grandfather, Big Ray’s is located just down the road from his grandfather’s old house and the water where Cruz spent so many of his favorite childhood days.

And thanks to the skills he acquired in those youthful days, the laid-back restaurant has been so successful that Cruz ended up opening a second location two years ago, an unsurprising result considering Big Ray’s was voted the best seafood in Tampa just two months after it opened back in 2015.

However, true to his roots, Cruz hasn’t let the success change how the business is run. A fifth generation Tampanian – with great grandparents who rolled cigars in the Ybor City factories – Cruz has kept the come-as-you-are approach central to Big Ray’s way of operating.

“It’s just our little shack, man,” Cruz said with a laugh. “It’s a neighborhood shack. It’s not pretentious. You can just come in and get really good food. Just have shoes and a shirt on. We don’t really care what it looks like.”

However, while the dress code is decidedly unrefined, Cruz keeps high standards for a menu full of creative takes on traditional dishes and wholly original favorites, such as the lobster tail corn dogs and deep-fried key lime pie. The main attraction though, and the menu item Big Ray’s sells far and away the most of, is the blackened grouper sandwich.

In Cruz’s blackened grouper sandwich, the cooking style he spent his whole life developing truly shines. In addition to using the freshest catch available, the grouper is heavily seasoned and paired with ingredients designed to complement each other and bring out every unique flavor in the dish. Served on warm bread and piled with lettuce, tomato, onion and tartar sauce, the result is a deliciously fresh and warming sandwich that begs for diners to take another bite.

Cruz has spent his entire life cooking, and working in a kitchen is all he’s ever known, which has given him time to develop and perfect his style. The result is plates served en masse every day at Big Ray’s.

“Basically everything on the menu I’ve created and developed here in the kitchen,” he explained. “I knew that I had to be creative and find different ways to be creative with the best product I could get in Florida, which is the seafood right here in our backyard. I had to do a small twist on traditional stuff.”

And as he is quick to point out, Cruz isn’t using any ingredients that are unheard of or insane. He gets the same pieces of grouper and the same size shrimp for everything, and each dish comes either grilled, blackened or fried. It’s what he creates from there – from shrimp burgers and po boys to a grouper reuben – that makes Big Ray’s special. And of course, there’s one not-so-secret secret that helps add that extra explosion of taste.

“We’re not scared to season our food properly,” Cruz proudly said. “We don’t want you having to ask for salt and pepper. We don’t mind if you do, but we want you to enjoy your food and not have to worry about anything extra.”

Timing, persistence and tons of coffee made Big Ray’s possible

Of course, the whole thing could easily have never happened. Like most success stories, Cruz’s required a good bit of luck and a whole lot of determination. Or as his landlord might put it, a whole lot of wearing down.

Years ago, Cruz was living down the street with his grandfather before he passed. Every morning, Cruz would get up early and get coffee across the street from the building where Big Ray’s now operates. As he sat and enjoyed his start to the day, he’d see the usual morning commute consisting of pickup trucks, scrap trucks, lawn maintenances folks and the like.

“Growing up down here, you would see a lot of blue-collar, working-class people,” he explained. “That’s what I was used to seeing.”

Then one day, Cruz looked up and noticed an odd sight at the stop light. Instead of the usual pickups, there were three cars lined up waiting for the green light – two Mercedes’ and a BMW. That’s when Cruz realized the quiet neighborhood, sandwiched by water on one side and MacDill Air Force Base on the other, was beginning to grow.

The neighborhood had been a little bit of a food desert before, but now Cruz was thinking there might be enough people coming to the area that he could sustain a full-time operation and help feed his community at the same time.

Cruz had the vision and know-how, and his dream location was already right there on Interbay Boulevard, but he ran into a quick snag. The landlord of the property told him no. A strong no, in fact. It took Cruz a month of showing up every day to even track the guy down, and even then, “he really didn’t want to rent the building to me.”

So Cruz did what any sane person would do – he showed up every day for 16 weeks straight until he finally got a yes.

“I spent four months, every morning, having coffee with him until I could finally wear him down,” Cruz said. “And then he leased it to me at a great rate.”

Persistence paid off, and from there it’s been easy as deep-fried pie. Sure, Cruz was warned that the restaurant business was a tough one, but he was never concerned. It’s all he had ever known, so the difficulties involved never seemed so difficult – they were just part of the work that had to be done.

Besides, Cruz said, his mission is simple. By staying true to their ethos and by putting in the work, Big Ray’s has become a Tampa staple and a neighborhood favorite.

“We’re entrenched here. We want to be here forever. My mission was to be able to come down and feed the people and serve them really good seafood at a really good price,” Cruz said. “Ever since [we opened], we’ve just been non-stop. It’s been great.”

So now as Big Ray’s grows, with a second location open and potentially more coming in the future, Cruz is just keeping it simple. Just like days on the water with his grandfather or evenings in the kitchen with his abuela, the welcoming refrain is warm and straightforward.

“Come as you are and enjoy good food.”

Learn more about Big Ray’s and see the full menu at bigraysfishcamp.com. 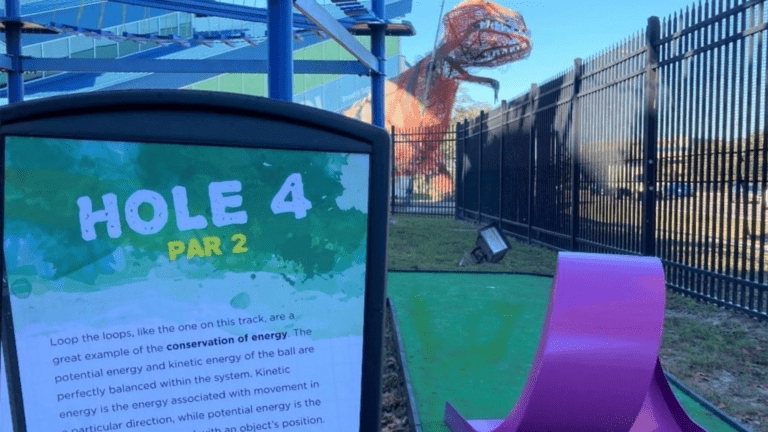